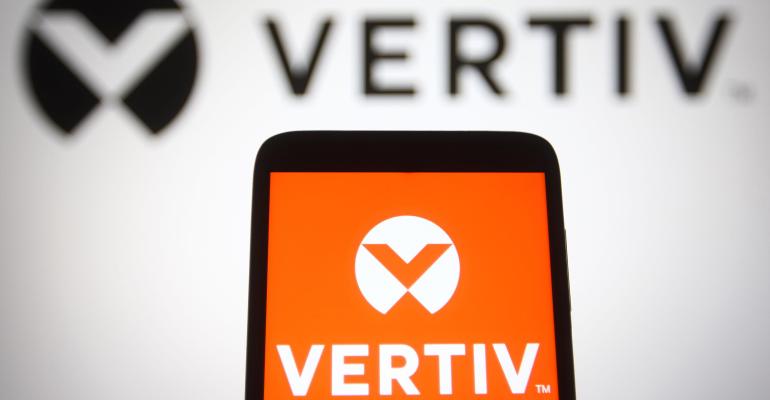 SPAC-backed Vertiv follows Salesforce and Splunk as a target of activist hedge fund Starboard Value. The fund has taken major positions in all three companies this week with an eye on pushing operational improvements at the firms.

(Bloomberg) -- Starboard Value has built a sizable position in Vertiv Holdings Co., as another company that went public via a blank-check deal becomes a target for activism, according to people familiar with the matter.

Starboard is believed to be pushing for operational improvements at the supplier of equipment and services for data centers, said the people, who asked to not be identified because the matter isn’t public.

The New York-based hedge fund has held discussions with Vertiv’s leadership and appears to support its focus on improving profitability under Chairman David Cote and Giordano Albertazzi, who will take over as chief executive officer next year, the people said.

Starboard Chief Executive Officer Jeff Smith is expected to discuss the new investment at the Capitalize for Kids Investor Conference in Toronto on Thursday, the people said.

Shares in Vertiv shares rose as much as 11% in premarket trading on Thursday. The Columbus, Ohio-based company has a market value of about $4.3 billion.

Representatives for Starboard and Vertiv weren’t immediately available for comment.

Industry watchers have speculated that companies that have gone public through special purpose acquisition companies (SPACs) will increasingly be targeted by activists because they have problems that might have deterred traditional initial public offering investors, such as governance issues or regulatory risks.

This will be at least the second time that a high-profile activist investor has targeted the successor of a SPAC. Earlier this year, Dan Loeb’s Third Point began pushing Cano Health Inc. to explore a sale.

Vertiv, previously a division of Emerson Electric Co., went public in 2020 via a merger with a SPAC backed by Goldman Sachs Group Inc. and led by Cote, who was previously CEO of Honeywell International Inc. and TRW Inc.

The company’s shares had fallen 54% this year through Wednesday amid a pullback in spending for data centers, higher costs and lingering supply chain issues. This month, Vertiv cut its profit forecast for the fourth quarter, primarily due to foreign exchange headwinds.

Starboard has pushed for changes at several high-profile companies in recent years. This week, the firm disclosed new positions in Salesforce Inc. and Splunk Inc., both of which it said it believes can make operational improvements.

Smith said at a conference in New York Tuesday he also believed Splunk Inc. may be an attractive takeover target for strategic and financial buyers.