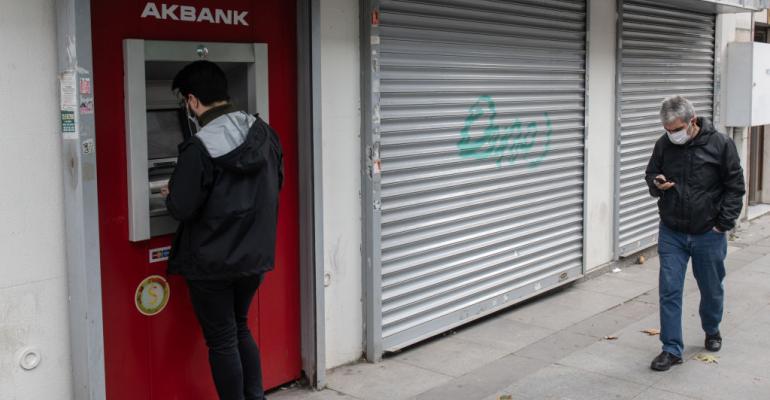 People posted more than 57,000 times about the issue on Twitter, with many ridiculing the bank’s technical capabilities.

Loan and credit card payments can be made a day later without accruing any interest because an issue in the bank’s mainframe computer was affecting all customer services, Akbank said in an emailed statement on Wednesday. It denied that the outages were the result of a cyber attack and said clients’ data haven’t been compromised.

The lender said in a later statement it’s working to fix the issue and that its systems will be phased in step-by-step in the coming hours.

Akbank has 5.7 million digital clients, with 16% of all financial transactions carried out on its mobile platform as of end-March, according to its website.

The disruption sparked fury on social media as it stretched into a second day. People posted more than 57,000 times about the issue on Twitter, with many ridiculing the bank’s technical capabilities.

Akbank shares initially dropped for a second day before paring all losses and trading little changed as of 5 p.m. in Istanbul, underperforming gains in the 12-member banking index.

In 2016, Akbank said it had intervened to stop a cyber attack, which was then part of a wave of assaults on financial systems worldwide via the Swift global money transfer network. The Turkish bank suffered a maximum loss of $4 million in the incident.