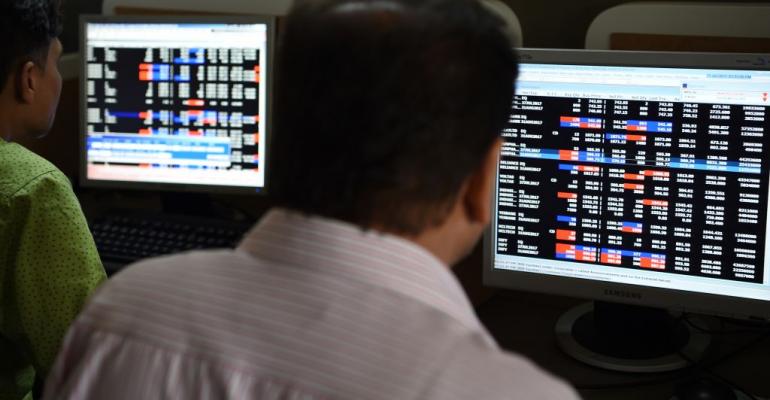 The outage, which lasted about 4 hours and halted all trading, came at a delicate time for the exchange.

Ashutosh Joshi (Bloomberg) -- The National Stock Exchange of India Ltd. said a failure in a storage system was the key reason behind the longest-ever outage experienced by the world’s biggest derivatives bourse on Feb. 24.

The exchange also said in a statement Monday that the link between its main data center and primary disaster recovery facility, which are located about 5 kilometers (3.1 miles) from each other, experienced problems on the day of the outage because of digging and construction activity along the path.

The outage was caused by ‘failover logic’ -- a method used to switch to a standby system upon abnormal termination of an application -- for a storage system that was implemented by a vendor and didn’t conform to the exchange’s design requirements, NSE said in the statement citing its analysis. “This resulted in the risk-management system of NSE Clearing and other systems such as clearing and settlement, index and surveillance systems becoming unavailable.”

The outage, which lasted about 4 hours and halted all trading, came at a delicate time for the exchange, which has been planning an initial public offering since 2016. Its total futures and options turnover was 30.6 trillion rupees ($423 billion) on Feb. 24, about a quarter lower than 40.3 trillion rupees in the previous session.

Related: How One Piece of Hardware Took Down a $6 Trillion Stock Market

The statement from the National Stock Exchange follows new rules announced by the country’s market regulator earlier today aimed at improving business continuity and disaster recovery of institutions such as stock exchanges, clearing corporations and depositories.

In a separate statement, the Securities and Exchange Board of India also asked the NSE to determine within 21 days why it failed to shift operations from its primary site to its main disaster recovery site located in the southern city of Chennai within the specified time frame.

The NSE has already removed software that caused the incident and placed orders in January for two additional telecommunication links, it said.