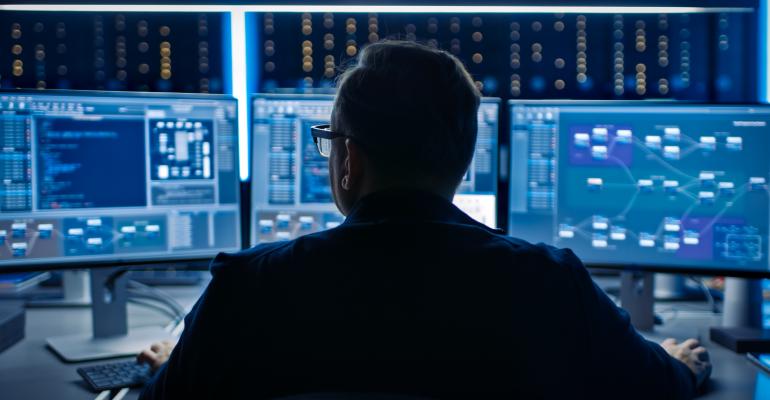 The year's biggest stories on DCK were about the pandemic, energy, security, Kubernetes, cloud computing, edge computing, and investment trends.

Rules Rewritten: Managing Data Centers Through the Pandemic - The world’s data center operators have made big operating adjustments. Some of these changes may stick around post-crisis.

‘Freeze Time:’ How Long Can Data Center Supply Chains Hold Out? - The longer the global lockdown, the harder it will be to keep data centers running without failure.

How Zoom, Netflix, and Dropbox are Staying Online During the Pandemic - Inside the efforts to keep the quarantined world’s popular internet services running smoothly.

Study: Data Centers Responsible for 1 Percent of All Electricity Consumed Worldwide - Latest research shows that massive gains in computing power are accompanied by only a modest increase in energy use, thanks to efficiency improvements and the shift to the cloud.

Google Thinks Data Centers, Armed with Batteries, Should ‘Anchor’ a Carbon-Free Grid - A large-scale battery plant at its Belgium data center will provide backup power and help balance the grid.

The Tech Behind Microsoft’s Sustainable Data Center Plan in Sweden - The company has co-developed a demand-supply matching platform with its energy supplier in Sweden.

What Data Center IT Security Pros Must Know About the SolarWinds Vulnerability - The unprecedented attack, whose full scope is yet to be determined, gave those behind it access to some of the most sensitive enterprise systems.

How to Avoid Paying Ransomware Ransoms - As private experts and government officials advise against indulging the bad guys, here are some tips for following that advice.

VMware Bakes Kubernetes into vSphere 7, Fleshes Out Tanzu - The grafting of the data center’s most pervasive software infrastructure manager with hypervisor-based virtualization is now officially complete.

Bottlerocket: AWS's New Linux Distro for Containers - Although the distro is available on its cloud now, its real value for AWS may come down the road, if other vendors adopt it for their platforms.

Dropbox’s Reverse Migration, From Cloud to Own Data Centers, Five Years On - The cloud storage giant has developed a unique approach to data center capacity planning. Here’s how it does it.

Why Google Cloud and AT&T May Merge their Telco Edges - Multiple use cases for low-latency “5G/edge” applications are being explored, powered by Anthos for Telecom.