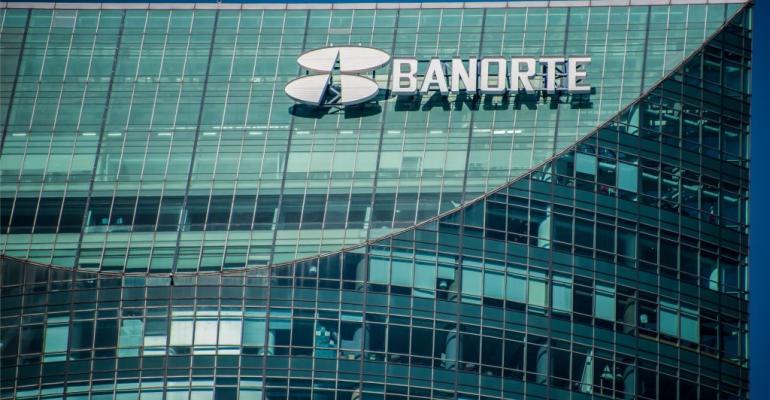 OMAR TORRES/AFP/Getty Images
A sign of Mexican bank Banorte is seen on a building in Mexico City on December 3, 2018.
Manage>Uptime

The issue was tied to an electronic-payments company, Prosa, which attributed the outage to problems at a data center.

Jonathan Roeder (Bloomberg) -- Problems at a Mexico City data-processing center caused widespread failure across the nation’s banking system on Saturday, with companies and consumers reporting a spike in declined payments and transactions.

Banks including Grupo Financiero Banorte SAB and the Mexican units of HSBC Holdings Plc and Banco Santander SA reported the problems on Twitter. The issue was tied to an electronic-payments company, Prosa, which said in a statement it had experienced problems at a data center. Banks later said the services have resumed.

Prosa earlier said its employees were working to resolve the problem. The list of clients includes American Express Co., Banorte and the local units of HSBC, Citigroup Inc., Santander and Bank of Nova Scotia, according to its website. Retailers such as Walmart Inc. and Organizacion Soriana SAB, as well as units of phone companies AT&T Inc. and America Movil SAB, are also customers.

The service outage had affected point-of-sale terminals, recurring charges and ATM services, among others, Prosa said.

Banco Bilbao Vizcaya Argentaria SA or BBVA, which has the biggest banking network in Mexico, said its ATMs and payment systems were working normally. The bank is not listed among Prosa’s clients.

The failure may spark uncomfortable questions about the nation’s banking system as the government mulls placing a ban on the use of cash for tolls and gasoline -- part of an effort to crack down on money laundering and draw Mexicans without bank accounts into the formal economy.

The plan, which has been discussed between the banking industry and the government, hasn’t been fully approved. A final decision may not be taken until after the central bank rolls out its digital payments platform next month as part of a broader government program to push more Mexicans into the banking system and cut down on cash, according to people with direct knowledge of the discussions.