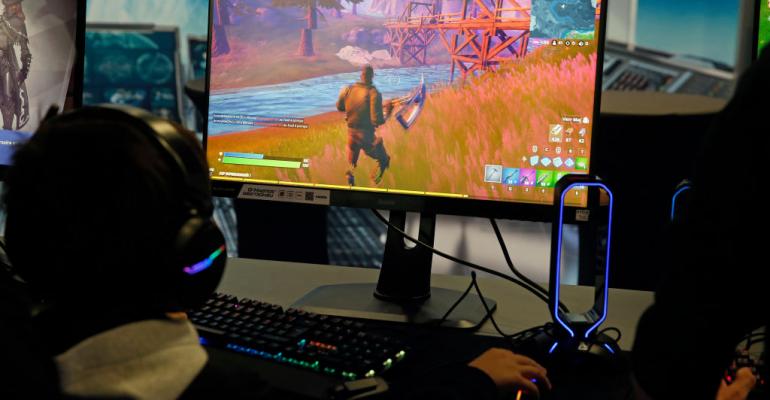 Telecom Italia says the amount of data passing through its national network has surged by more than two-thirds in the past two weeks.

With schools, shops and restaurants closed in an attempt to limit Europe’s worst coronavirus outbreak, the amount of data passing through Telecom Italia SpA’s national network has surged by more than two-thirds in the past two weeks, the company said.

A lot of that extra activity is due to online games such as ‘Fortnite’ and ‘Call of Duty,’ which can involve multiple players and take up more bandwidth than the business programs and conference call apps used by adults working from home.

Gaming traffic can spike even higher when the games are refreshed and millions of kids download the latest 25-gigabyte update at once.

“We reported an increase of more than 70% of Internet traffic over our landline network, with a big contribution from online gaming such as Fortnite,” Telecom Italia Chief Executive Officer Luigi Gubitosi said Wednesday on a call with analysts.

Italy’s national lockdown has shuttered all but essential services this week. On Wednesday, there was a surge in reports of lost internet connections by Telecom Italia customers. The number of complaints subsided later in the day.

“Telecom Italia’s network is working perfectly and with higher volumes compared with previous days,” the company wrote in an e-mailed statement. “The issues reported affected just some applications and the internet due to a failure of the international network.”

In the U.K., a spokesman for Vodafone Group Plc’s local unit said the company has been adding to network capacity in case the government introduces stricter social distancing measures.

Operators of infrastructure linking the world’s major economic centers are also having to adapt as travel restrictions and other virus-containment measures lead to sharp increases in internet use.

Streaming on Netflix and other video platforms may also be growing as people avoid crowded places and stay home.

Sweden’s Telia Carrier, which operates one of the world’s biggest intercontinental fiber networks, said its traffic grew 2.7% in February and it sees an even bigger increase in March.

“All the big players in the video conferencing market have asked for bandwidth upgrades in the last 10 days and some are asking for a fivefold increase,” said Telia Carrier Vice President Mattias Fridstroem. “If no one is able to fly, they will need a huge amount of additional bandwidth.”