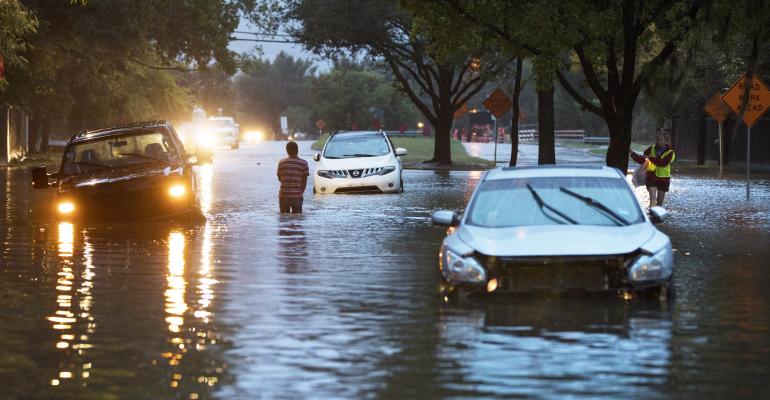 Houston data centers operated by four providers have remained online since Hurricane Harvey made landfall Friday evening, but streets surrounding at least most of the facilities are flooded, cutting off customer access.

The hurricane (which experts have referred to as unprecedented) and subsequent flooding have left more than 100,000 residents and businesses without electricity as of Monday morning, but Equinix, CyrusOne, Data Foundry, and Digital Realty Trust data centers in Houston have not lost utility power. Staff at the facilities are safe, according to sources.

But forecasters say a lot more rain is coming, so more flooding and more power outages are likely.

“This is a landmark event for Texas,” CNN quoted FEMA Administrator Brock Long as saying. “Texas has never seen an event like this.”

While customers may or may not have to access the data centers before the streets are dry and cleared (and techs living in Houston probably have other things to take care of at this time), the flooding may complicate fuel deliveries in the event of a prolonged power outage that would require running on backup generators.

Many data center operators have national fuel-delivery contracts that put them second in line behind hospitals, first responders, and other public-safety organizations, to receive fuel supplies.

As of Monday morning, HO1 IBX, the Houston data center Redwood City, California-based Equinix acquired from Verizon earlier this year, had not experienced any interruption, an Equinix spokesperson said in a statement emailed to Data Center Knowledge. “The IBX remains open and staffed by Equinix, however, the streets surrounding the HO1 IBX have been closed due to flooding, and the site is not accessible to customers at this time.”

The facility’s staff are monitoring and assessing the situation “aggressively,” and Equinix representatives have contacted all of its customers to update them on the status, the spokesperson said. Because of the event’s unprecedented, unpredictable nature, the company is “working with customers to ensure they have disaster-recovery plans in place, should the situation change.”

All Equinix employees in Houston and the surrounding areas are “safe and accounted for.”

A Digital Realty spokesperson could not comment due to the company’s media blackout period associated with its pending acquisition of DuPont Fabros Technology. But according to an industry source, the San Francisco-based company’s Houston data center had not lost utility power as of Monday morning. Access roads to the facility are flooded, they said.

Neither of Austin-based Data Foundry’s two Houston data centers lost utility power, and “no flood waters have reached either of the facilities,” a company spokesperson said. “We have not had to fail over to generator power. Our underground fuel tanks remain full.”

While all transportation in the area is impacted by road closures, fuel deliveries can reach Data Foundry’s sites if needed, according to the spokesperson.

In an emailed statement, Kevin Timmons, CTO of Dallas-based CyrusOne, which operates three data centers in Houston, said neither of the facilities have lost utility power.

“In all Texas data centers, the CyrusOne emergency management and response plan was activated on Friday morning and remains in effect,” he said. “Houston data centers are staffed around the clock, and we are grateful for our dedicated employees, many of whom have been away from their families during this trying time.”

He did not say whether or not the facilities could be accessed by transport.

While the company’s current priority is maintaining availability as the storm continues, CyrusOne is looking for the best ways to support relief efforts. “We plan to make a substantial commitment to helping people in Southeast Texas get back on their feet in the days, weeks, and months ahead,” Timmons said.