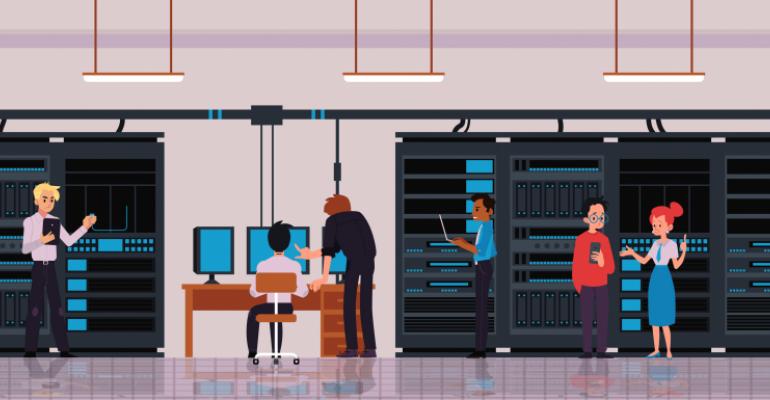 Welcome to the new weekly roundup of all the week’s most important news in the data center industry, curated and summarized by Data Center Knowledge.

This week the industry was shaken to the core by the ransomware attack on the IT management software provider Kaseya, its customers, and customers of their customers. Other big news included Equinix’s nascent effort to pursue mobile carriers, freezing of an AWS data center project permit in Ireland, big changes atop the Open Compute Foundation, and more.

Doing as they do, spammers and scammers are piggybacking on the Kaseya security breach, sending phishing emails to the company’s customers disguised as updates from Kaseya and calling and pretending to be Kaseya partners wanting to help. Kaseya warned clients on Friday not to click on any links inside these emails and not to respond to these calls:

“Kaseya IS NOT having any partners reach out – DO NOT respond to any phone calls claiming to be a Kaseya Partner.

DO NOT click on any links or download any attachments in emails claiming to be a Kaseya advisory.”

Managed service providers use Kaseya VSA software to manage their small and mid-size business clients, which made the ransomware attack (revealed last Friday and attributed to the Russian cybercrime group REvil, also behind the recent ransomware attack against the meat processor JBS) especially potent.

It’s not clear how many companies exactly got hit. Kaseya’s latest official estimate is 800 to 1,500 “local and small businesses” managed by its MSP customers. That’s out of 800,000 to 1 million businesses its customers use the VSA platform to manage.

These numbers illustrate the potency of such an attack. By breaching one company, Kaseya, REvil attacked about 50 of its customers (Kaseya’s number) and up to 1,500 of their customers. That’s 1,500 for one.

The hackers initially asked for a $45,000 ransom (in bitcoin) per affected company but then changed the request to a lump sum of $70 million, which was later lowered to $50 million.

If you run Kaseya VSA on-prem, here’s what the company says you should do.

Mobile carriers and cloud providers are laying the groundwork for the next negation of applications enabled by 5G wireless connectivity. Equinix sees an opportunity here to attract a whole new class of customer to its data centers.

The idea, essentially, is that to reduce latency between a mobile carrier’s 5G network and computing infrastructure serving an application – most likely that of a cloud provider – mobile carriers may want to place their network equipment inside Equinix’s data centers, where all the major hyperscale cloud providers already are.

Jim Poole, VP of business development at Equinix, told us recently in an interview for The Data Center Podcast that he is working to “seed” this new kind of interconnection ecosystem. While terrestrial network operators are a bread-and-butter customer category for the colocation giant, mobile carriers until now have been content keeping their 4G network core systems in their own facilities. The arrival of 5G, and the ultra-low-latency applications it’s promising to enable, changes that, opening a window of opportunity for interconnection-rich colos like Equinix.

Ireland Gets Nervous About Its Data Center Boom

Ignoring Amazon’s argument that its three wind farms in Ireland (one existing and two under development) will add nearly 230MW of renewable energy to the grid, local officials halted Amazon’s previously secured permission to build a data center in Drogheda, a port town 30 miles north of Dublin, The Irish Times reported.

There’s growing concern about the country’s ability to meet its renewable energy targets while it continues allowing its ongoing data center construction boom to go on unchecked.

Amazon already has a permit to build one data center in the area (just outside of Drogheda), but the permit for its second planned facility, expected to cost €350 million, now hangs in the air as local planners review appeal of the permit by the environmentalist organization An Taisce.

There are some big changes atop the Open Compute Foundation, the organization governing the Open Compute Project. Mark Roenigk, Facebook’s head of hardware engineering and one of OCP’s founders, has stepped down from the role of foundation chair, handing the reins to Rebecca Weekly, who’s in charge of the Intel group that designs hardware and software for hyperscalers.

Intel has been deeply involved in OCP since Facebook started the project in 2011. Weekly, an MIT graduate, has been part of the Intel group that caters to cloud platforms since 2015. She became VP and general manager of hyperscale strategy and execution in 2019, after nearly four years as senior principal engineer and director within the group, according to her LinkedIn profile.

Additionally, Rocky Bullock, the foundation’s CEO since 2015, has retired. Bill Carter, its CTO, will be filling in until a long-term replacement is found.

Pentagon has ripped in two the $10 billion contract it signed two years ago, enlisting Microsoft to provide it with cloud services. The Joint Enterprise Defense Infrastructure (JEDI) project contract award was immediately followed by lawsuits by rival bidders AWS and Oracle, alleging everything from poor technical decisions to undue influence by government insiders – including by Donald Trump himself.

The Department of Defense is now saying it will seek to split the deal between two providers, with the wording making it all but clear that they will be Azure and AWS. The new multi-cloud project is called Joint Warfighter Cloud Capability.

IPI Gets Ambitious in Europe

Data center investor IPI Partners has agreed to acquire DigiPlex, a major data center developer and operator in the Nordics, whose expertise it plans to use to expand into other European markets.

DigiPlex operates eight data centers in Oslo, Stockholm, and Copenhagen, totaling about 230,000 square feet, according to IPI, and owns a lot of land for expansion. Terms of the deal were not disclosed.

This is IPI’s second acquisition in Europe. The first was its purchase of Supernap Italia in February.

IPI is backed by real estate fund manager Iron Point Partners and Iconiq Capital, a wealth management company that serves some of the richest clients in Silicon Valley, including Facebook founder and CEO Mark Zuckerberg and LinkedIn co-founder and Chairman Reid Hoffman.

Both projects highlight the trend of hyperscale cloud platforms expanding data center capacity in so-called secondary markets, or major population centers that are predominantly served their digital services from computing facilities far away (tier-one markets like Frankfurt or Northern Virginia). Companies like Denver-based Vantage build large data centers and lease them out wholesale to hyperscalers like AWS, Microsoft Azure, or Google.

Vantage said its future 250,000-square foot Berlin data center campus will provide 32MW of IT power capacity once fully built out. The Warsaw campus will be 390,000 square feet and offer 48MW of IT power at full capacity.

Iron Mountain, the company best known for its document storage and management services, is expanding its data center business, whose growth helped it stay afloat when the pandemic shut down corporate offices.

The REIT has acquired a data center in Frankfurt, one of Europe’s top data center markets. It has agreed to pay €76 million to the facility’s owner Calcium DC, an entity owned by subsidiaries of the Singaporean conglomerate Keppel.

Most of Iron Mountain’s data center capacity is in the US, but it has been expanding aggressively overseas. It already has data centers in Frankfurt and London and building another one in the latter market. It also recently formed a joint venture with the Indian operator Web Werks, gaining footprint across multiple Indian markets.