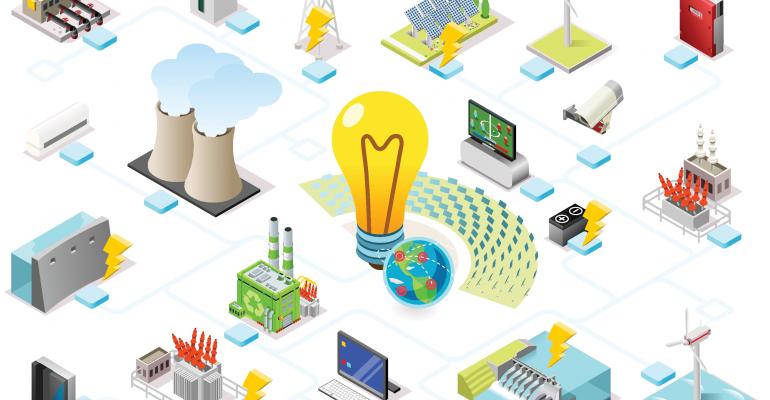 Microsoft makes a new bold climate pledge, the Kaseya breach serves as a wakeup call for the MSP-heavy, Digital enters India, and more.

Welcome to the week’s roundup of all the most important news in the data center industry, curated and summarized by Data Center Knowledge.

This week Microsoft pledged to solve the problem of 24/7 zero-carbon energy for data centers, Xilinx unveiled an accelerator that would have the CPU play second fiddle, Digital Realty announced entry into India, and we examined the implications of REvil’s ransomware attack on Kaseya for the increasingly MSP-reliant IT industry.

Microsoft has made a new bold climate pledge, committing to powering its offices and data centers around the world with zero-carbon energy around the clock by 2030.

This is the biggest and most challenging problem faced by data center operators that want to neutralize their impact on the environment. The pledge is an acknowledgement that simply buying an amount of renewable energy that equals total consumption – the predominant way companies have become “carbon-neutral” to date – has minimal impact on the problem of dirty energy generation.

Xilinx Says CPUs May Play a Secondary Role to Accelerators

Xilinx, the chipmaker that invented FPGAs (reprogrammable processors), is looking to flip the relationship between server CPUs and co-processors (such as GPUs and SmartNICs) on its head. Its new Versal HBM accelerator “is a kind of self-adapting micro-supercomputer for servers and server clusters, cramming onto a single card the same number of processing cores as 14 FPGAs and the equivalent memory of 32 DDR5-6400 modules,” DCK’s Scott Fulton writes.

The REvil Kaseya ransomware attack was a wakeup call for an industry that outsources so much of its infrastructure management to managed service providers, writes DCK’s Maria Korolov. By breaching a single software provider whose tool is widely used by MSPs, the cyber gang was able to disrupt up to 1,500 businesses that relied on those MSPs with ransomware.

Digital Realty has formed another joint venture to enter a new market. This time, it’s entering India, which has been a conspicuous gap in the world’s second largest data center provider’s global portfolio.

Mitsui and Fidelity Go After the Japan Data Center Opportunity

There’s a rush to build cloud data centers in Japan, a market that’s been underserved by digital services, and Mitsui, one of the country’s largest conglomerates, is getting in on the action. This week it unveiled a plan to invest $2.7 billion in data center construction and acquisitions over the next five years, Nikkei Asia reports.

Google Cloud is making the process of selecting the greenest data center to run your software in as easy as the rest of the customer experience that’s one of the main reasons behind the success of cloud computing.