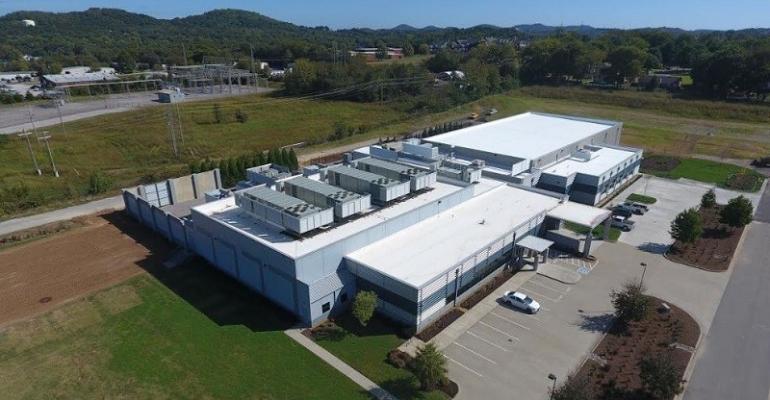 In 2017, data center industry M&A activity set a record when over $20 billion of deals were announced. Notably, St. Louis, Missouri-based TierPoint, a private equity-backed colocation, hybrid cloud, and managed services provider was highly active in M&A back in 2015 and 2016, essentially getting ahead of the industry curve.

"The secret sauce for TierPoint appears to be the ability to identify and integrate strategic acquisitions which are a good fit for growing the company. In addition to buying quality data center assets to expand the TierPoint geographic footprint, acquisitions are often targeted because they can add new products, and/or upgrade the managed services suite TierPoint offers."

Kent explained new acquisitions had taken a back seat after Q1 2016 while TierPoint was dealing with integration issues, "including the block and tackle work of getting the entire company on the same page for CRM, billing and payroll."

During 2017, TierPoint continued to focus on integrating operations, refining product offerings, fine tuning go-to-market strategies, and reaping expense and revenue synergies. However, it also had become apparent during the integration process that a key piece of the puzzle was still missing.

In an interview with Data Center Knowledge earlier this year, Kent and his executive team detailed the restructuring and bolstering of the sales force. It quickly became apparent bringing Tony Rossabi aboard in May 2017 as executive vice president and chief revenue office had become a game-changer for TierPoint. Rossabi had previously been managing director of Digital Realty's colocation and connectivity business unit.

After 90 days of evaluating the TierPoint sales organization, Rossabi recommended structural changes for the go-to-market program. These included adding executives, account managers and an additional seven sales support staff to handle quotes, contracts and customer care. Kenny Ash was promoted to Channel VP, with Alvaro Gonzalez coming over from Peak 10 as assistant VP, Channel. Rossabi pointed out creating a dedicated team focused on developing communities of interest and industry ecosystems at TierPoint was a significant change compared with the previous sales approach. Kent believes it is of utmost importance to make it easy for customers to do business with TierPoint, as well as to offer superior customer care. Beefing up sales support freed up account managers to have more face time with customers – consistent with achieving both goals.

Abel was quick to point out that it can take a few months for bookings to become revenue, in addition to impacts from normal customer churn.

"We’re firm believers in offering an array of IT infrastructure solutions, from colocation to cloud and managed services.

A growing number of enterprises are taking a hybrid approach to their infrastructure needs, mixing colocation with multiple varieties of cloud, from private to hyperscale, depending on the nature of their workloads and regulatory requirements.  Other managed services, such as cybersecurity, are also in heavy demand.

Leading analysts agree that, while colocation will continue to be a healthy business with solid growth rates for years to come, the market for cloud and managed services will grow even faster."

Notably, TierPoint primarily operates data centers in secondary markets and leases to many SMB customers, in addition to some enterprise clients and tier-one market locations. This might help to explain the difference between TierPoint's ability to grow this segment versus QTS Realty's recent pivot away from them.

TierPoint's customer portal allows for self-provisioning of resources (such as VMs and storage) and a dashboard that allows customers to remotely monitor workloads and applications across all locations. The company offers a comprehensive solution portfolio of private, multitenant, hyperscale, and hybrid cloud, plus colocation, disaster recovery, security and other managed IT services.

While declining to share specifics about potential M&A, CEO Jerry Kent noted that, if the right opportunities came along, the company remained interested in expanding its footprint to the Southwest U.S. and complementing its current presence in the Midwest and Southeast.

Internationally, the company has opted (in the near term) for a partnership rather than acquisition approach. In the UK, TierPoint has formed a partnership with Pulsant and is in active negotiations with a prospective client and several existing customers, which would be the first served through that partnership.

TierPoint is also in active discussions about a partnership in Asia, with a provider that it declined to name at this time.