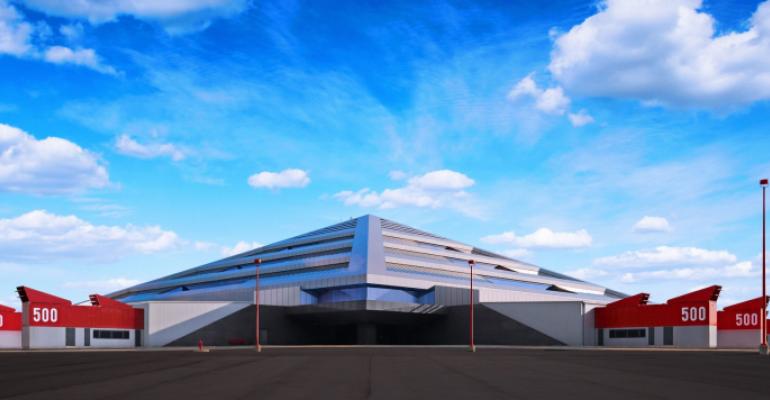 It is not a secret that there are a many things Switch does differently than other data center operators. Its approach runs the gamut, from a modular data center design and hundreds of related patents to offering 100 percent green power to customers. It also stands out because it’s organized as a closely controlled C-Corporation rather than a real estate investment trust (REIT) like Equinix, Digital Realty, CoreSite Realty, CyrusOne, and QTS Realty.

Primes are Priority Number One

Switch’s October IPO prospectus and mission statement emphasize that the company is "a technology infrastructure company powering the sustainable growth of a connected world."

Right off the bat, Morton and Nacht declared that management's number-one priority is to continue to expand its four Prime data center campuses. Other priorities for 2018 are to expand technology leadership and Switch's CORE telecom network purchasing cooperative, as well as to "meet or exceed" the results Wall Street expects. It takes a lot of confidence to pioneer new data center markets. One of Switch’s most daring and innovative strategic approaches is creating a unique and highly concentrated data center footprint.

Are Primes a Risky Business?

The existing three Prime campuses are competing with Tier 1 markets hundreds of miles away. It is essentially the opposite of an "edge" strategy and depends on the ability to aggregate large numbers of customers at each point on the map. The Strategy has proven successful in Las Vegas.

The outlier is the fourth Prime being developed in Atlanta, which is a thriving, fast-growing data center market. But that also means that the site (unlike the three existing Primes) is competing with sophisticated incumbents and their deep pockets. QTS Realty two massive data centers in Atlanta, serving hundreds of customers. Digital Realty has a major carrier hotel in town. CyrusOne has recently announced a large campus project to be built in Atlanta. There are plenty of privately held players in Atlanta as well, including T5 Data Centers, Ascent Data Centers, and Cyxtera Technologies.

Switch announced that its plan is to partner with CBRE in Atlanta as a broker/agent with a fiduciary relationship to the data center provider and "market performance and revenue obligations." Switch employs its own sales staff at the other Prime locations. The company also implied there would be one or more existing customers as anchors in Atlanta but didn’t provide further details.

Does Cost Per Megawatt Matter?

Switch's large-scale MOD design allows flexibility for customers to increase power density in place, while the acreage and power availability at Prime campuses ensure that they have the room to do that.

It is also highly resilient when it comes to power and cooling, featuring redundant roofing systems without any penetrations, designed to withstand extremely high wind loads. Switch has a vertically integrated approach to building data centers, where it can control the cost of about 80 percent of the components. The Switch execs shared a lot of information during the presentation, but one question that was asked remains unanswered: What is the cost per megawatt of building the MOD design on Prime campuses? Management appears to be treating the subject as taboo.

Why "They" Will Come

Is it possible that cost per MW isn't all that important to Switch customers? As unlikely as that might sound, it could very well be the case. Switch isn’t eager to serve the clients to whom that matters most.

Switch management made it clear that hyper-scale cloud service providers were great partners but not necessarily great customers. In other words, the company prefers to be close to the public cloud but doesn’t want to enter the competition to build for them.

Switch generates better margins by licensing space and power for retail colo cabinets to a broad range of customers who can benefit from the redundancy built into the MOD design. The 100 percent uptime delivered by the Switch design and operations team is highly valued by enterprise, financial services, and government agencies. However, it is not particularly valued by the likes of FANG companies, who utilize a network of less resilient data centers for that purpose. (FANG stands for Facebook, Amazon, Netflix, and Google.)

The CORE connectivity services purchasing cooperative revenue, which accounts for 18 percent of Switch’s top line, might be the most important part of the company’s value proposition. In addition to reducing costs for bandwidth and data traffic it creates a bond with the customer that goes beyond any one data center lease -- and clearly helps keep customer churn down. Notably, the CORE revenue would not be considered "qualified REIT income" if Switch were ever to consider taking the REIT path.

"Price is what you pay, value is what you get," is an oft-quoted Warren Buffett line. There is absolutely nothing wrong with paying a premium price in return for accelerated earnings per share growth. The chart below shows that Switch common shares currently priced in the $17.00 range are trading at a valuation premium versus its publicly traded peers.

Another aspect of investing in a company Mr. Buffett views as crucial is whether there is a "moat," a unique selling proposition or competitive advantage which allows a brand to charge a premium for its products and services. This topic is a strong suit for Switch. The considerable number of patents Switch has received and applied for cover all aspects of its MOD data center design, including roof, power distribution, and cooling systems, certainly qualifies. Switch CORE appears to be another part of the moat that’s crucial to the success of its business model.

It remains to be seen how fast the Switch Pyramid campus in Grand Rapids, Michigan, can grow as an alternative to Midwest and Northeast markets like Chicago, Minneapolis, or even New Jersey/New York. The Keep campus under development in Atlanta is expected to compete regionally, attracting customer deployments that might otherwise go to Northern Virginia, Raleigh, and even as far away as Miami.

One of Switch’s Citi presentation slides touted "a 20 percent return on invested capital." This is higher than any of the data center REITs’ ROI. (Equinix is a possible exception, but it does not report an ROIC metric.)

If Switch can regularly deliver those kinds of returns from its Las Vegas and Reno campuses while building the early phases of Grand Rapids and a massive greenfield development in Atlanta, early investors could be rewarded handsomely. Additionally, Switch shareholders essentially get a "free option" on the future value of the patents and potential for the MOD design to be used in the future for build-to-suits or sale-leasebacks in other locations.