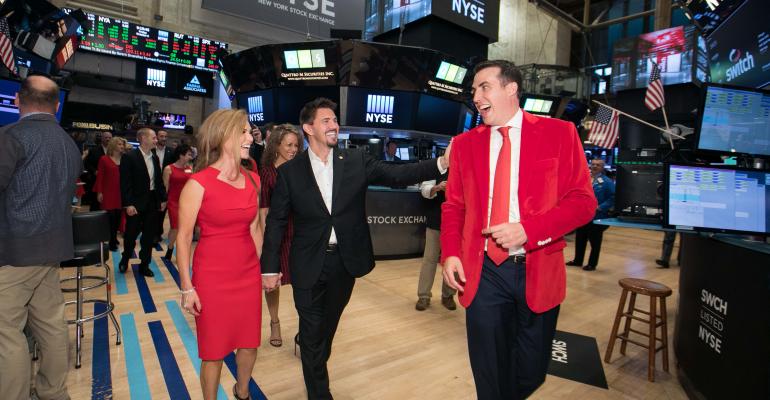 What Switch Is Doing to Right the Ship

It is crucial for Wall Street investors to have confidence in management's ability to communicate clearly and deliver on their promises. It can be challenging to balance working toward strategic goals while simultaneously delivering quarterly results that meet or exceed published guidance – a challenge every publicly traded company faces.

These companies, including the relative public-market newcomer Switch, report results four times a year and must meet stringent SEC guidelines for these filings. This is very different than operating as a privately-held firm, where Switch’s visionary founder and CEO Rob Roy could manage his company for the long term, without being publicly examined under a microscope every 90 days.

Since the Switch IPO in October 2017, the results and outlook given each quarter have resulted in a decline in the share price. During the past 52 weeks the data center provider’s common shares have lost over 60 percent of their value. 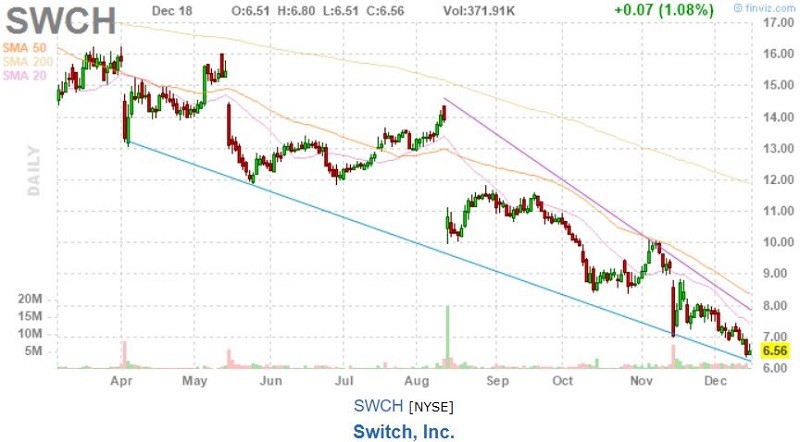 It appears the market has been signaling displeasure regarding Switch's decelerating growth and losing patience with the rationale given on earnings calls for delays in revenue from bookings.

To understand better what’s happening behind the scenes at Switch, Data Center Knowledge recently interviewed Matthew Heinz, whom the company recently hired as VP of investor relations and financial planning and analysis. His previous experience includes both buy-side and sell-side research, most notably, an eight-year stint at Stifel as a senior analyst covering data center REITs, colocation and IaaS, towers, and fiber services.

Heinz said he started covering Switch closely about 18 months prior to the IPO, which helped build relationships with the management team. He was quite candid in answering questions across a wide range of topics, including Roy's involvement with customers, bookings, staffing changes, as well as the complicated accounting surrounding the company’s TRA (tax receivable agreement) liability.

Here’s a summary of our conversation:

On Rob Roy: Switch's founder is responsible for the hundreds of issued and pending patents which underpin some of the unique aspects of its data center design. However, since the IPO, Roy has been involved behind the scenes in the sales effort, often helping larger customers think through IT strategy and deployments, Heinz said.

On bookings: There has been considerable confusion surrounding the announcement last May (two days prior to quarterly earnings) regarding the signing of a 15MW customer. Heinz explained that the deal was unusual because it was brought by Goldman Sachs and JP Morgan, the lead investment banks for the Switch IPO. The customer in question is an international streaming media firm looking to expand into the US market, where it planned to go public. However, the volatility in US equity markets, which began in October, resulted in the customer shelving its planned US IPO. Funds that would be raised by the cancelled public offering were earmarked for the Switch deployment.

On staffing: Finance department headcount has been increased to provide support for disclosures required of public companies. Notably, quota-bearing sales reps will be brought on board for the first time at Switch, along with a more traditional commission-based compensation approach to support a greater emphasis on outside marketing efforts.

On the TRA liability: Switch is organized as an "Up-C Corporation" rather than a REIT. The original Switch, Ltd partnership investors can convert Class-B units into (liquid) Class-A shares. This results in a step-up in basis, as original investors have a very low basis (less than the $7.00 per share price). There is a tax benefit that will go 85 percent to pre-IPO investors with the balance of 15 percent benefit going to common shareholders. The TRA liability will continue to grow on the books as Class-B shares are exchanged for Class-A shares, and the timing of when the recognition of this tax benefit begins to occur may be pushed out to 2022-2023 and could take a decade or more to be fully realized.

The transparency and additional detail shared by Heinz could go a long way toward giving investors a comfort level regarding Switch messaging going forward.

In his role as VP of financial planning and analysis, Heinz plans to work closely with top management to continue to improve disclosure surrounding key metrics investors crave and analysts require to make discounted cash flow models more accurate. These models underpin the price targets given by investment banks that cover Switch. Heinz is also working to broaden coverage by Wall Street firms.

As things stand now, the 15MW streaming media deal will not be included in the 2019 initial guidance when it is given early next year. Heinz said any 2019 revenues from this customer would be a windfall, not an expectation, taking a conservative approach. Generally, management teams that develop an "under-promise and over-deliver" reputation tend to generate price appreciation for shareholders over time.

It remains to be seen how long it will take for Switch to get back to generating double-digit revenue growth. But improving disclosures and communicating a clear narrative on earnings calls would all be steps in the right direction, in addition of course to demonstrating consistent execution to deliver on the promise.

A previous version of this article did not correctly relay Heinz's statement on the company's TRA liability. The article has been corrected to describe the nature of the liability accurately.
TAGS: Business Investing
0 comments
Hide comments
Recommended Reading