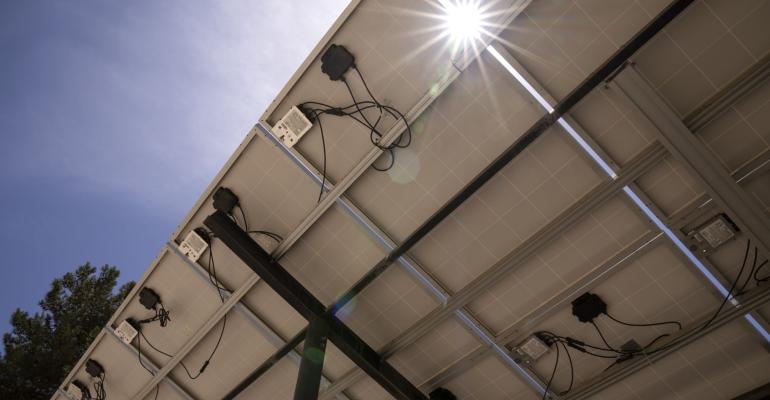 The Inflation Reduction Act seems to be reaping benefits for data centers looking to take advantage of tax credits for sustainability investments.

(Bloomberg) -- Enphase Energy Inc., which makes components that convert solar electricity into usable energy, plans to open four to six manufacturing lines in the US following the passage of the country’s landmark legislation that provides funding for clean power projects.

The company is working with three contract manufacturing partners and expects the new lines to open by the second half of 2023, Chief Executive Officer Badri Kothandaraman said on a call Tuesday to discuss earnings.

After years of depending on Chinese firms for much of its clean energy supply, the US may be on the verge of a cleantech-manufacturing boom. Congress this summer passed the Inflation Reduction Act, which includes generous incentives to support new solar and battery factories.

Many manufacturers are eager to make supplies closer to their customers, in part to limit some of the constraints that have bogged shipments since the start of the pandemic. Shortly after the climate bill passed, First Solar Inc. -- America’s biggest panel maker -- announced plans to invest $1.2 billion to expand its US manufacturing capacity.

Enphase is one of the first solar companies to report earnings each quarter and often provides early insight into the relative health of the sector. Investors will be watching to see if more renewable factories are announced in the coming weeks.

Shares of Enphase were up about 5% in late trading Tuesday. The Fremont, California-based company forecast revenue for the fourth quarter that beat the average analyst estimate.