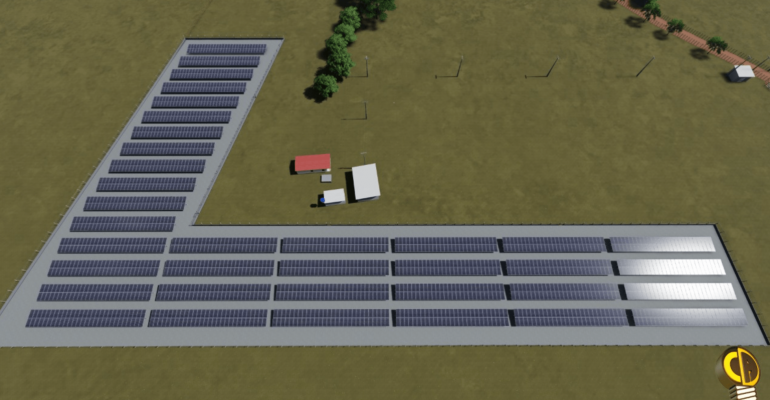 The 1.2MW facility in João Pessoa is getting a $1.2 million upgrade.

The company is investing 5.5 million real (~$1.2m) into a solar power plant that is expected to generate an average of 122,500 kWh per month – an equivalent to the consumption of more than 800 Brazilian households.

"A data center is a huge consumer of energy inherently due to the nature of the business. Being able to use 100% of this consumption from a clean renewable source is something HostDime is really proud of,” said Filipe Mendes, CEO of HostDime Brazil.

The power of sunshine

HostDime opened its first data center in Florida in 2003. Today, the company owns and operates carrier-neutral data centers in the US, Brazil, Mexico, and Colombia, and rents rack space in many more countries.

Historically, HostDime has specilized in regional markets that are often underserved by larger industry players. It opened the four-story, 20,000 square foot facility in João Pessoa in 2017 as “the most certified data center in Latin America” – located in the north of the country, rather than the more economically-developed south.

Now, the company is building a solar farm to supply the campus with renewable power. The first phase of the project wil see the installation of more than 2,000 photovoltaic modules with peak production capacity of 540 Watts each.

HostDime estimated that the first-year savings from this project, expected to be ready by July, could reach $35,000 per month – and the solar farm is expected to produce enough power for a planned 30% expansion of the data center.

Another location where the company is using solar power is its flagship data center and headquarters in Orlando, Florida. HostDime hopes that high-dendity panels on the rooftop will eventually provide up to a quarter of the power necessary to operate the facility. The 100,000 square foot data center is scheduled to open in Q1 2023, with space for more than 1,000 racks.

“We are constantly evolving our data center designs and best practices to create energy efficiencies and promote ESG, so that we can build and operate facilities that positively impact the next generations," said David Vivar, VP of global engineering at HostDime Global.