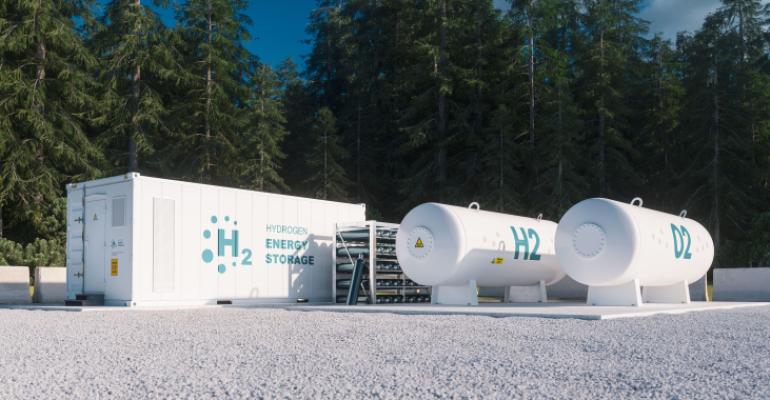 Driven by pressure from customers, regulators, and shareholders major colocation providers are increasingly looking for clean energy alternatives to power their data centers.

Climate change, regulatory initiatives and shareholder pressures are just some of the forces combining to drive colo providers to search for clean energy alternatives to power their data centers.

Equinix plans to be climate neutral by 2030, according to Katrina Rymill, the company's SVP of corporate finance and sustainability.

"We continue to see an increase in demand from our customers for infrastructure that is more distributed, more ecosystem powered, more flexible, more sustainable and more interconnected than ever before," Rymill said.

To help reach the goal, the company has issued $4.9 billion of green bonds, making it one of the top ten global issues in the investment-grade green bond market, she said.

Rymill was just promoted to her new position, after previously serving as the VP of investor relations and sustainability.

“As the lead for Equinix’s Sustainability Program Office (SPO), I’m committed to continuing to build out leadership within the team both in the SPO and across the organization,” said Rymill.

The previous sustainability director, Jennifer Ruch, left to run sustainability at Oracle this month, to help that company meet its goal to be 100% renewable by 2025.

Earlier this year, Equinix opened a new co-innovation facility in the Washington, D.C. area where it will work on sustainable data center technologies, including fuel cells and liquid cooling.

Digital Realty, another major colo provider, announced this summer that it has achieved 64% renewable energy coverage -- up from 14% the year before. In the U.S. and Europe, it uses 100% renewable energy, the company said.

"Digital Realty is committed to minimizing its impact on the environment," said Aaron Binkley, VP of sustainability at Digital Realty.

The company also recently became the first data center operator to reach one gigawatt of IT capacity certified in sustainable building standards.

"And it isn't just lip service," he continued. "They're taking serious actions. They have pressure from their investors to show their sustainability efforts, and their customers are facing pressures from their own boards."

Data centers are one of the easiest targets, from an IT perspective, because they use so much energy, Gill added.

Today, between 5 and 10% of companies have sustainability as one of the criteria in their requests for proposals, he said. "We expect it to rise to 75% over the next five years."

"I can tell you that almost every client we work with, if they have a colo location and they're in a procurement cycle, that the topic comes up," he said.

Hydrogen may be a perfect energy source for the clean energy data center of the future because they can produce clean energy with close to zero greenhouse gas emissions.

This summer, Microsoft reported that its test of hydrogen power cells successfully showed that the technology could replace the backup diesel-power generators it currently uses to support continuous operations in case of power outages.

“What we just witnessed was, for the data center industry, a moon landing moment,” said Sean James, Microsoft’s director of datacenter research, in a press release. “We have a generator that produces no emissions. It’s mind-blowing.”

"Bill Gates is investing a lot of time and money in molten salt reactors to help power data centers in a small footprint," he said. "It's definitely real."

Other hyperscalers, including Amazon and Google, also talk about the role of nuclear power in providing low-carbon electricity.

And, in July, EU lawmakers voted to label nuclear energy as green investments, which will only serve to accelerate the trend.

There's been a wave of investment recently from both private and public backers into small modular nuclear reactors.

As nuclear technology improves and gets easier to use and less expensive, smaller data center operators may be able to run  their own nuclear power plants.

According to Alphabet, in 2017, Google's parent company became the first major enterprise to match 100% of their energy use with renewable energy, then did so for each of the next five  years.

In 2021, the company matched 66% of its data center electricity use with regional carbon-free sources. Last year, Google also joined the UN's Race to Zero initiative, with the goal to be net-zero in all operations -- including the entire value chain.

Microsoft says it's been carbon neutral since 2012, and plans to be carbon negative by 2030.

Since the hyperscalers are major customers for colo providers, they, too, will have to hit those goals -- or risk losing business.

Digital technologies account for 5 to 9% of global electricity consumption and this is likely to increase with the growth in AI, IoT, and the blockchain, according to a European Commission report released earlier this year.

As a result, the topic of energy-efficient data centers has become a priority for Europe, and data centers will need to become more energy efficient and use more renewable energy sources by 2030.

In the US, the Securities and Exchange Commission has been stepping up enforcement around ESG investing, specifically focusing on green-washing, according to law firm Perkins Coie.

That means that companies are under increasing pressure not just to follow sustainable practices -- including selecting vendors based on clean energy usage -- but to do so in a meaningful way, not just with lip service.

"Some clients, in order to meet their ESG goals, are actually including it in their decision matrix for their colo providers," said Juan Orlandini, chief architect and distinguished engineer at Insight, a Tempe-based solutions integrator.

All other things being equal, enterprises are choosing the provider with the better data center sustainability, he said. And some will even pay extra for cleaner energy. "It depends on how fast they need to get to the ESG goals they set for themselves," he said.

Even without customer and regulator pressure there are solid business reasons for colo providers to invest in clean energy.

Whether it's investing in liquid cooling to improve energy efficiency, or using nuclear or solar power, the end result is lower power consumption.

"Over the long term it's less expensive," said IDC's Brothers. "It's just a matter of making the investment."

And with climate change and political turmoil leading to instability in energy prices, alternative solutions are becoming even more critical.

Another business reason to go green, he said, is that many countries have moratoriums on new data centers.

"Because I'm using power, they're not letting me build," he said. "But if I turn to them and say that I'm going to be 100% carbon neutral, they'll let you build."

But, at the end of the day, it's all about the customers.

"Yesterday, we did a quick poll of about 100 enterprises, and about 55% had ESG goals already stated," said Brothers. "We're predicting that 60% of enterprises by 2023 will have sustainability built into their operational policies --and I think we're already there."