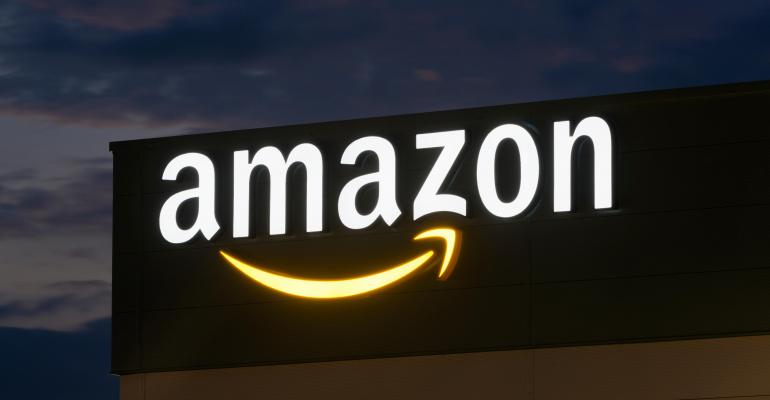 Amazon’s accounting of its carbon footprint includes emissions generated by its own offices and data centers, purchased electricity, tailpipe emissions and more. Amazon aims to become a “net zero” emitter of greenhouse gases by 2040.

(Bloomberg) -- Amazon.com Inc. said its carbon footprint grew 18% in 2021, as the company’s rapid growth during the pandemic overwhelmed nascent efforts to cut its contribution to the emissions warming the planet.

The world’s largest online retailer emitted 71.54 million metric tons of carbon-dioxide equivalent last year, Amazon disclosed on Monday in an updated edition of its sustainability report. That’s up about 40% since the company first disclosed the figure, with data from 2019.

Amazon’s carbon intensity –- a measure that divides its emissions by gross merchandise sales –- fell 1.9%, an indication of the company’s success in delivering products and running its warehouses, data centers and offices more efficiently.

Amazon aims to become a “net zero” emitter of greenhouse gases by 2040. Besides cutting emissions with electric vehicles and other operational initiatives, Amazon plans to buy credits linked to projects that remove carbon from the atmosphere. The net-zero pledge presents a huge challenge for a company that seeks to grow like a startup and operates a cargo airline, a sprawling retail and logistics business, grocery stores and data centers.

Amazon’s accounting of its carbon footprint includes emissions generated by its own offices and data centers, purchased electricity, tailpipe emissions from delivery partners and the manufacturing of Amazon-branded products, among other things. In contrast to some retailers, the Seattle company doesn’t attempt to account for the emissions that go into the manufacture of products it sells, with the exception of private-label merchandise.

“The challenges we collectively face on the path to net-zero carbon are considerable,” Amazon said in its report. “Many new technologies are showing promise in their ability to reduce carbon emissions, but may still require significant development.”