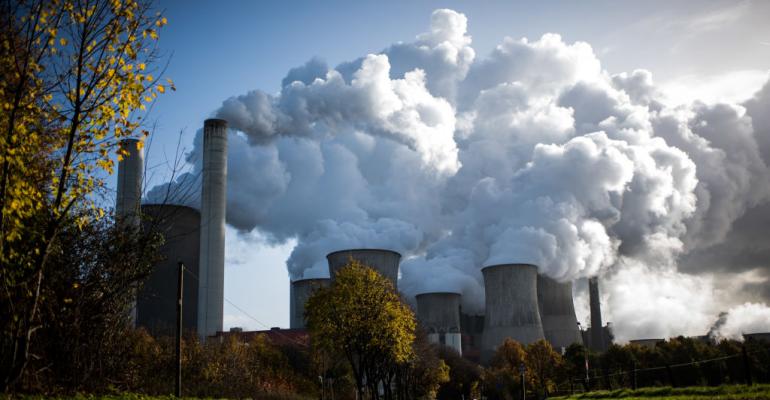 DeepMind has let its AI system manage the temperature controls inside Google data centers, shaving huge chunks off the company’s electricity bill. Phaidra is hoping to bring that technology to power plants and other industrial giants.

(Bloomberg) -- Industrial production is one of the dirtiest corners of the corporate world. A startup from former Google engineers thinks it can clean it up with artificial intelligence.

Phaidra, a company based in Seattle, sells AI software to automate building controls for power plants and other industrial giants. It's relying on the same fix as their former company, DeepMind, Google's research lab. For several years, DeepMind has let its AI system manage the temperature controls inside Google data centers, ultimately shaving huge chunks off the company’s electricity bill.

Phaidra's algorithms are designed to select the most efficient temperature for unique facilities, such as a steel mill or a vaccine manufacturer, and identify when equipment starts to lag in performance. Once in place, Phaidra’s system can trim a plant’s energy consumption by up to 30 percent and save considerable amounts of capital, according to the startup. “It can immediately make these companies more profitable,” says Jeremy Brewer, managing partner with Starshot Capital, an investor.

Jim Gao, Phaidra’s chief executive officer, calls manufacturing a sector ignored by Silicon Valley yet ripe for the kind of advanced machine learning cooked up in places like Google. “They’ve been collecting data for so long, but they haven’t been using it,” he says of his new customer base.

Indeed, the industrial sector, which accounts for about a fourth of all US greenhouse gas emissions and continues to expand, is beginning to embrace cutting-edge data science. A report from IOT Analytics forecast revenue from industrial AI to balloon to $72.5 billion by 2025 from $11 billion in 2018.

Still, most of that usage represents basic tasks like digitizing data or creating online dashboards, not tools where algorithms run entire control systems without people tweaking the dials, like the one that Phaidra pitches. Not many manufacturers have the capacity to try that or the budgets and engineering prowess to maintain such a system. “It’s very few and far between,” explains Jon Van Wyck , a BCG managing director.

Phaidra, which was formed in 2019, says it has several Fortune 100 industrial customers in areas as wide-ranging as pharmaceutical development to paper mills. It declines to name specific clients or financial figures. The startup recently raised $25 million in financing from Starshot and Character, investment firms started by other Google alums. It has also brought on Robert Locke, a 13-year veteran of industrial supplier Johnson Controls, as president.

Gao formerly worked on the energy team at DeepMind alongside his technical co-founder, Vedavyas Panneershelvam. The engineers are among the few with extensive experience in reinforcement learning, a branch of AI where algorithms are designed to continuously improve. DeepMind’s most famous version of this is AlphaGo, its system for whupping the famously difficult board game, Go.

While AlphaGo was optimized for winning Go, Katie Hoffman, another Phaidra co-founder, describes her system as one optimized to reduce the kilowatt hours of the plants it plugs into. Hoffman comes from the industrial sector — most recently as a manager with the equipment maker Ingersoll Rand Inc. — and says many of Phaidra’s customers work in “mission-critical” fields, with very specific demands about how their plants should be cooled and operated. They also rely on antiquated, hand-coded software.

“They’re using what’s been around since the 1950s,” she says. “These industrial systems are incredibly difficult to run on a good day.”

DeepMind’s building control algorithms have continued to tweak dials inside Google’s data centers. And Google has begun to offer a similar service to its cloud customers. But Phaidra’s founders say their approach is tailored to the particularities of the industrial sector, which is lightyears away from the sophistication of a Google building.

Gao didn’t share his company’s prices but says customers pay Phaidra less than the energy savings they earn from its service.