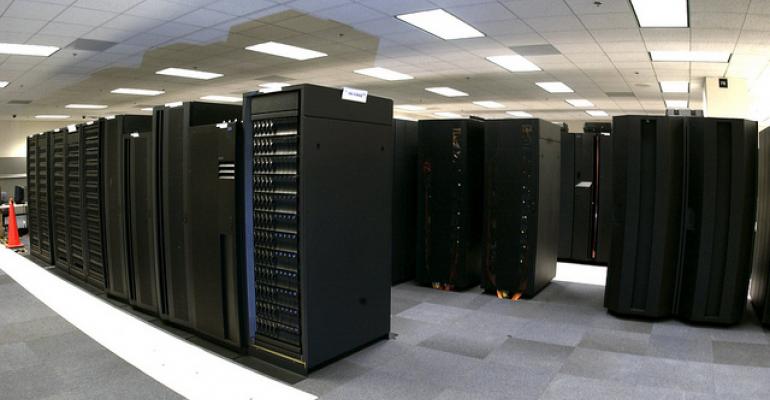 The administration says two new Dell systems being added to existing IBM and Cray clusters in Virginia and Florida data centers will boost its compute power by one third and storage by 60 percent, extending its visibility into future weather from 10 to 16 days.

The National Oceanic and Atmospheric Administration -- that's NOAA to you and me -- is getting an upgrade to the supercomputer it uses to keep an eye on and predict the weather. When the dust settles, it will have about half again the compute power it has now -- meaning an increase of about a third -- with 60 percent more storage. Two Dell systems are being added to the IBMs and Crays at NOAA data centers in Reston, Virginia, and Orlando, Florida, and when the upgrade is completed later this month, the agency's system will be among the 30 fastest in the world, with the ability to process 8 quadrillion calculations per second.

The upgrade is phase three of a multiyear effort to build more powerful supercomputers to make complex calculations faster to improve weather, water, and climate forecast models. In all, it will add 2.8 petaflops of speed at both data centers combined, increasing NOAA’s total operational computing speed to 8.4 petaflops -- or 4.2 petaflops per site. This is evidently the first major upgrade to the system since 2015.

These new compute and storage capacities will allow NOAA to zoom in and take a closer look for more accurate weather predictions. For example, with the current system, NOAA divides the planet's surface into 13-kilometer areas, which higher resolution after the upgrade will reduce to 9 kilometers. In addition, NOAA currently slices the atmosphere, from ground or sea level to the upper regions of the atmosphere, into 64 levels, which is planned to increase 128 levels for a more detailed view. Best of all, at least for those who like to watch long-term predictions, NOAA forecasts will go from 10 to 16 days.

This will allow the launch of the next-generation Global Forecast System, which is what your local TV weather gal or guy references as the "American model" (as opposed to the "European model" and others). Although the official ready-for-prime-time launch of the new and improved GFS is scheduled for sometime in 2019, Susan Buchanan, NOAA's acting director of public affairs, told Data Center Knowledge that there will be something of an internal launch this summer.

"We'll be relaunching GFS with new capacities and capabilities in 'research mode' during the upcoming hurricane season," she said, "to run it and see how it does."

This will give NOAA's climate scientists the chance to compare results from the new GFS system with results from the current system to discover glitches and to tweak the system for optimum performance and accuracy.

"As we look toward launching the next-generation GFS in 2019, we’re taking a 'community modeling approach' and working with the best and brightest model developers in this country and abroad to ensure the new US model is the most accurate and reliable in the world," the National Weather Service's director, Louis Uccellini, explained in a statement.

These improvements were at least partially made possible by the Weather Research and Forecasting Innovation Act, which was signed into law in April 2017. The law authorizes NOAA to give top priority to research for improving weather data, modeling, computing, forecasting, and warnings in order to protect lives and property. Key provisions authorize technology exchanges between the National Weather Service, the private sector, and universities, and allowing NOAA the ability to contract with private companies for weather forecasting data.

"NOAA’s supercomputers ingest and analyze billions of data points taken from satellites, weather balloons, airplanes, buoys, and ground observing stations around the world each day," acting NOAA administrator, retired Navy Rear Adm. Timothy Gallaudet, said in a statement. "Having more computing speed and capacity positions us to collect and process even more data from our newest satellites — GOES-East, NOAA-20, and GOES-S — to meet the growing information and decision-support needs of our emergency management partners, the weather industry, and the public."

Eventually, NOAA hopes these upgrades will lead to the ability to predict extreme events a week or more in advance.