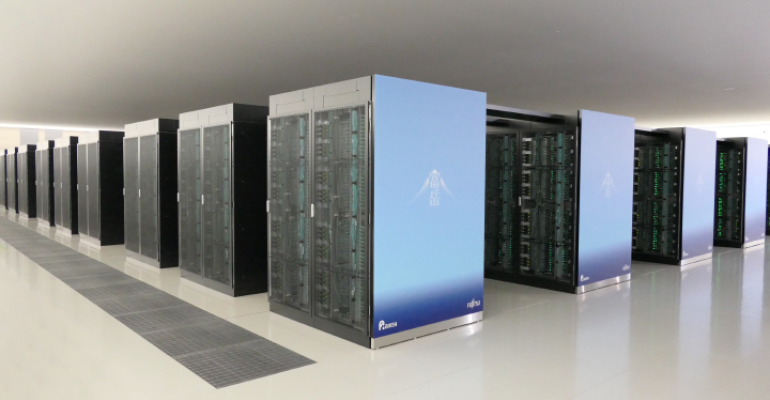 You can have your own A64FX CPUs, in the cloud.

Japanese electronics giant Fujitsu is launching Computing-as-a-Service (CaaS) – a new suite of services aimed at commercializing some of its advanced computing tech.

“Within the past two years, 149 companies have already utilized Fugaku in 48 use cases primarily in manufacturing, including trial operations prior to full-scale implementation,” said Satoshi Matsuoka, director at the Center for Computational Science at RIKEN, the research institute that houses the supercomputer.

“We expect CaaS to become an important service for quickly connecting R&D on Fugaku to industrial use and practical implementation in society.”

The service is coming to Japan in October, ahead of roll-out in the US, Europe, and Asia Pacific.

According to Top500, Fujitsu-built Fugaku (originally codenamed ‘Post-K’) has remained the world’s most powerful supercomputer since June 2020.

The current iteration of the machine uses 7,630,848 Arm cores and the Tofu interconnect (named after torus fusion, rather than fermented soy) to deliver almost three times more performance than its nearest competitor, IBM-built Summit, which is housed at the Oak Ridge National Laboratory in Tennessee.

To achieve this level of performance, Fugaku needs nearly 30MW of power.

It comes as no surprise that certain customers want to gain access to this type of hardware – and Fujitsu is finally packaging it as a simple to use cloud service.

As part of CaaS, the company is bundling the tools developed to run practical workloads on Fugaku, including a job scheduler, file system, compiler, application software, and APIs.

Besides PRIMEHPC FX1000 systems, CaaS will eventually offer access to Fujitsu’s machine learning platforms and its quantum-inspired Digital Annealing Units (DAUs). These chips are designed to emulate qubits – the basic units of quantum computing – in a digital circuit. While not true quantum computers, annealer-based systems are promoted as a solution to complex combinatorial problems, like optimizing the mix of financial assets of a bank.

“In the future, we look to further expand the portfolio with access to technologies like quantum computing,” commented Vivek Mahajan, CTO at Fujitsu Limited.