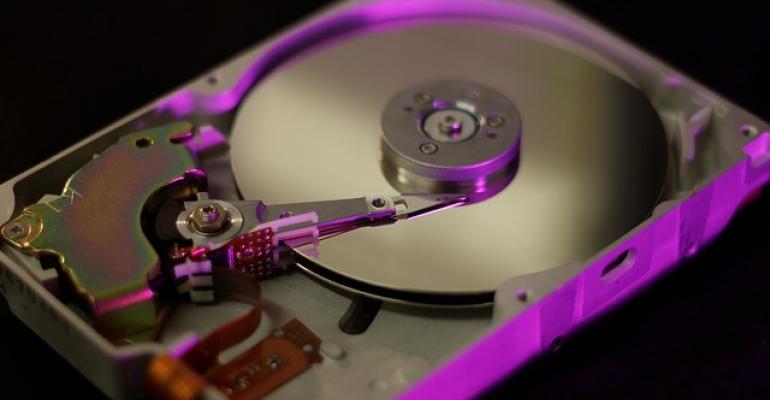 Working with its hardware partners, Red Hat launches a line of non-appliances to bring plug-and-play to its open source storage solutions.

Red Hat, the software company that started life selling Linux but which now wants to be known as a cloud company, is moving into uncharted waters with Red Hat Storage One, a plug-and-play software defined storage device preloaded with the company's all purpose software-defined Gluster storage product.

Don't worry, Red Hat isn't going in the hardware business. The devices are being created by Red Hat’s hardware partners and packaged into a one-stop-shopping solution. Buy a Storage One box from a Red Hat partner and support for both the hardware and software are rolled up into one neat package, or as Red Hat puts it, "a single part number for software, hardware, and support."

The first Storage One device to roll off the assembly line will come from Supermicro, a San Jose-based manufacturer that makes everything from servers and storage devices to networking equipment and high-end workstations. This one is pretty much a 'vanilla' Gluster device, but Red Hat expects more specialized devices to follow as it signs up new hardware vendors.

Indeed, this is something of a new direction for a company that's always focused on software alone.

"In some ways we are breaking the mold, but this comes from an understanding of where the market is headed," Irshad Raihan, Red Hat's senior manager of product marketing said to Data Center Knowledge in a conference call. "It's really around easing some of the deployments and the simplification that our customers have asked for. Then again, we're being very prescriptive around this. It is not meant to be sort of a general purpose one-size-fits-all storage appliance. In fact, we very deliberately don't use the 'appliance' word."

The major selling point here is easy integration. Not only does the device come with all of the necessary software installed, it also ships with a tool that promises to do away with the need for manual configuration.

"Part of the deployment process includes an Ansible-based quick install utility," Will McGrath, the company's partner marketing manager, told us. "Once you have everything racked and stacked in the customer premise, you run the script and it automatically finds out about all the servers that are part of this cluster and configures them according to the workload."

According to McGrath, for most data center deployments the install tool can have the system up and running in less than 30 minutes.

"It's better than a week long of reading manuals, reading best practices guides, and reference architectures of what works well with some hardware," he added. "You can run this script and it will get you up and running very quickly."

Another selling point is that customers don't have to deal with one support team for hardware and another for software. Support contracts are for one, three, or five year periods, with the hardware vendor taking care of first and second tier support, and Red Hat stepping in for more serious third tier support issues.

Although Red Hat says it's been working with hardware partners on this project, it's unclear how many storage vendors have signed on to create their own Red Hat Storage One branded devices, and it appears that this first implementation from Supermicro serves as something of a proof-of-concept to entice other vendors.

"By definition software defined storage requires us to work with hardware partners, so we have developed deep relationships, everything from engineering relationships to go-to-market relationships, with a number of partners, both at the server and the components level," Raihan said. "To us this seems like an extension to what's already been in place and it's really just leveraging the relationships. Frankly, one of the reasons we're making a splash about this, with the timing clearly right before our marque event, Red Hat Summit, is exactly to that point. We want other channel partners and other hardware vendors to take note and be able to recruit them into this program."

Red Hat Server One will become generally available on May 3.