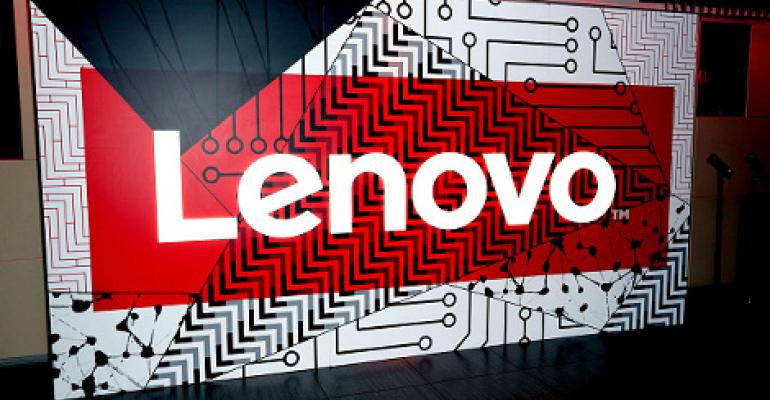 Lenovo and NetApp have teamed up to build all-flash and hybrid Lenovo branded storage hardware with NetApp’s data management software • The two also announced plans to create a joint venture that will supply products tailored to the Chinese market • Analysts praised the partnership, saying it better positions both companies to compete with HPE and Dell EMC

Lenovo and NetApp have teamed up to build storage hardware together and to create a joint venture in China.

The two companies are collaborating on all-flash and hybrid-flash Lenovo-branded storage equipment that will feature NetApp’s data management software. The partners announced their first joint products this week: the Lenovo ThinkSystem DE Series and higher-end DM Series storage systems, featuring a total of ten models to choose from.

Lenovo will own 51 percent of the joint venture, expected to launch next spring, while NetApp will own 49 percent, Skaugen said.

“We will deliver R&D in China, for China, pooling our IP and resources together and delivering a single route to market through a complementary channel not just in China but worldwide,” he said in his speech.

Analysts said the partnership is a smart strategy for both companies. It will strengthen Lenovo’s product portfolio and allow the two to better compete against Dell EMC and Hewlett Packard Enterprise, Patrick Moorhead, president and principal analyst of Moor Insights & Strategy, said in an interview with Data Center Knowledge.

Lenovo updated its entire product portfolio, including storage systems, at last year’s Transform event, but the one area it was a bit thin on was all-flash solutions, which is the most dynamic portion of the storage market, Charles King, president and principal analyst at Pund-IT, said.

The NetApp partnership solves that problem. “Enterprise flash solutions depend heavily on sophisticated software features and functions like those supported by NetApp,” King said. “So, by partnering, Lenovo is adding substantial new flash systems. It should be a win-win for both companies and their customers.”

For example, the new ThinkSystem DM Series systems run on NetApp’s ONTAP data management software and MetroCluster data protection software, which does everything form deduplication and compression to data replication, according to King.

For NetApp, King expects, the partnership with Beijing-based Lenovo will open some doors in China, where foreign tech companies have historically struggled to get a foothold.

“Working with Lenovo should help NetApp develop a solid, sustainable business in China over time,” he said.

The ThinkSystem DE Series is a more affordable rack solution. The hybrid (HDD/SDD) version can scale from 147TB to 2.88PB of raw capacity, while the all-flash version comes in two models: one offering 300K IOPS with up to 1.47PB of storage, the other supporting 1M IOPS and up to 1.84PB of storage, according to King.

Looking ahead, Moorhead said, Lenovo and NetApp could develop new converged or engineered systems that integrate server, storage, and networking, pre-tested for different environments, such as SAP, Oracle, or VMware.

The partners can also build “composable infrastructure,” in which data center resources are managed as a single pool, allowing IT organizations to have the capabilities of a public cloud infrastructure within their on-premises data center equipment, he said.

The composable infrastructure market is still emerging, but Lenovo’s competitors already have solutions: HPE with its Synergy Composable Infrastructure Platform and Dell with its PowerEdge MX product.