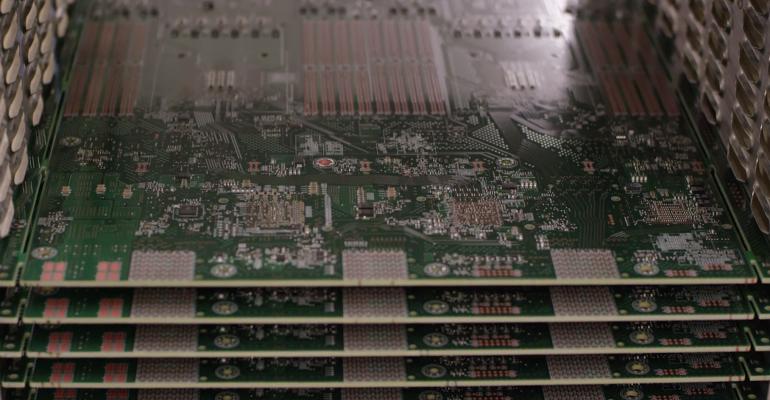 Critical Thinking: Pure Storage exec on the massive data center efficiency of flash storage and its role in AI

Back in 2013 industry analysts 451 Research undertook a challenging project to try and map out the technologies that could prove most disruptive to the data center industry over the next 15 plus years.

The result was the ‘Disruptive Technologies in the Datacenter’ report, which I was fortunate enough to contribute to. It turned out to be one of the most widely read and well received reports 451 had ever produced.

A short-list of ten technologies were assessed by a team of experts and given a score in terms of how big, how likely, and how fast the disruptive impact could be.

“Flash memory, the storage technology that is widely used in smartphones and other consumer devices, is the emerging datacenter technology that suppliers and operators should be most focused on, in terms of assessing and planning for it. Flash is likely to be widely adopted in the datacenter in the form of flash arrays, and, because of its low power use and low latency, it could prove widely disruptive when adopted at scale.” – Source 451 Research, Disruptive Technologies in the Datacenter, 2013.

Recently – five years later – 451 released an update to the report, and this time around, flash did not make the list. There’s an important reason for that: its adoption has reached a point that it no longer qualifies as disruptive.

We outlined some of the reasons the disruption of flash has already happened in a recent Data Center Knowledge article.

To understand more about how flash storage has gone from a relative outlier to an accepted and core part of the data center infrastructure stack, we spoke with Alex McMullan, CTO EMEA, of flash specialist Pure Storage.

As well as explaining how flash can help improve overall data center efficiency, he also discussed how it supports and enables other disruptive technologies, such as machine learning (ML).

McMullan estimates that up to 20 percent of Pure’s customer base are investing significantly into machine learning and deep learning right now, including what he says are some of the biggest AI projects in the world.

Here’s our interview with McMullan:

Data Center Knowledge: How widely adopted is flash in your view?

Alex McMullan: It is pretty much pervasive as a technology. There is almost no one -- in fact I am not sure there is anyone -- who doesn’t sell at least a hybrid if not an all-flash array. IDC recently predicted that hybrid arrays would be dominant to at least 2020, but that is already in rapid decline.

Given that, should flash still be seen as a disruptive technology?

When everyone has it I guess it’s no longer disruptive. But it has certainly changed the way people are developing applications and is also changing the way that people are thinking about data centers too.

Five year ago, a flash array could cost up to ten times more than a similar disk-based product. How has the cost changed in the interim?

If your technology is innovative, then you can expect to achieve parity with an all-disk array, let alone a hybrid, but that doesn’t go for all of the products on the market.

We often still hear that IT teams don’t pay the power bill so aren’t overly concerned with efficiency. Do the operating efficiencies enabled by flash actually come up that often in procurement discussions?

It does, in a number of ways. Our flash array is very simple in terms of the data center footprint. It doesn’t need three-phase power, it doesn’t need high levels of chilling, it can be front-to-back cooled like everything else. [DCK: Many other storage systems traditionally required side cooling, creating potential hot spots.] It also needs 3U and between 900 to 1200 watts, which is a small hairdryer. You also don’t have to worry about floor strengthening or other management nightmares that traditional arrays used to bring you.

Flash is also more temperature-tolerant and generally more robust than disk. But have you actually seen customers raising inlet temperatures after deploying it?

If your storage array that traditionally consumed 50 percent or 60 percent of your data center space now takes less than 1 percent instead, then there is a huge benefit in terms of the compute side. So what we see is that everyone puts in more compute against an all-flash array, but those servers also run hotter, because they are becoming more utilized. It is also a very nice fit for any kind of adiabatic cooling approach. For example, Mercedes-AMG Petronas Formula One team actually takes our arrays to every race. There are dust filters and things like that, but there is usually no air-con. The only thing moving is the fans, and the only thing generating heat are the CPUs.

How is flash being used to underpin emerging technologies, such as machine learning?

We sit under some of the biggest AI installations in the world, and I wish we could talk about them publicly. We can enable the underlying transport of the machines, whether they are compute-bound or GPU-bound, we can keep them efficient, fed, and watered. No one else can do that at the same level that we can. Data scientists can run a Pure box as part of their GPU grid rather than having ten administrators with a user manual that is 1,000 pages thick.

What sort of AI are your customers doing right now?

No one is doing anything related to general AI right now. This is all related to deep learning right now. They are all looking for patterns; they are all looking for outliers. The customers developing autonomous driving are very interesting, as it’s two use cases. Yes, there is narrow AI to drive the car, but the wider DL (Deep Learning) around it is actually developing the software to be smart – the processing and training that goes with it.

Given that flash is no longer a disruptive technology, what’s next for storage innovation?

Well, Pure as a company doesn’t really care about flash. Ultimately, our product is a very high-performance database that runs today on SSDs. When 3D XPoint or Magnetoresistive Random-access Memory (MRAM) become cost-effective, then we will use that instead. We are watching a whole number of material trends very closely.