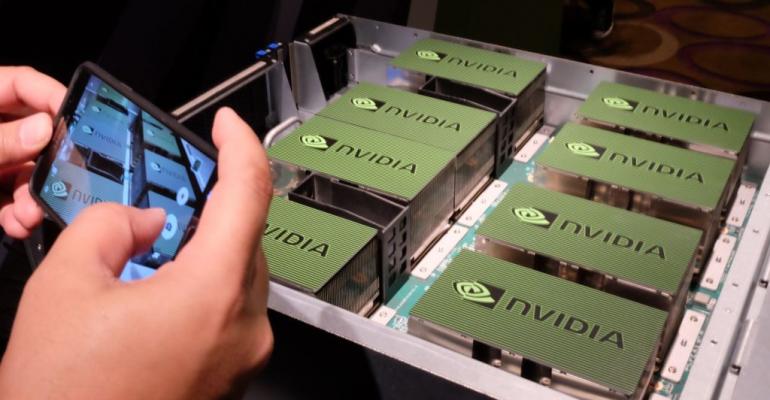 For Its Next Trick, Nvidia Is Doing Software-Defined Storage

With or without Arm, the company continues to focus on enterprise users.

Nividia, historically known for its GPUs, is moving deeper into enterprise storage with the acquisition of Israeli startup Excelero.

Its flagship product is NVMesh, a software platform that enables shared SSD storage across any network – promising to deliver the throughput and latency that are close to what users expect from their local storage.

The terms of the acquisition have not been disclosed, but Excelero has been funded to the tune of $35 million since 2014, according to Crunchbase, by investors like Western Digital Capital, Qualcomm Ventures, and the venture capital arm of Mellanox – now owned by Nvidia.

“We’ll be working with Nvidia to ensure our existing customers are supported, and going forward we’re thrilled to apply our expertise in block storage to Nvidia’s world-class AI and HPC platforms,” said Yaniv Romem, CEO and co-founder of Excelero.

Once a brand known only to gaming enthusiasts, Nvidia is looking to establish itself as a major business hardware and software vendor.

This strategy is playing out in its server hardware efforts, in its networking business built entirely from acquisitions, and its ongoing partnership with VMware, which integrates Nvidia’s GPUs and AI technologies into vSphere, the hypervisor that remains the foundation of modern business IT.

The acquisition of Excelero is yet another step beyond the confines of video gaming. The startup develops software-defined block storage for cloud and enterprise applications, fully compatible with Kubernetes. Advertised use cases for NVMesh include databases, machine learning workloads, HPC, and hyperscale storage for container clusters.

Nvidia said Excelero’s tech will be used to help expand support for block storage across its enterprise software stack and the DOCA software framework – which is used to offload some of the tasks from CPUs to Nvidia’s BlueField data processing units (DPUs), essentially SmartNICs equipped with specialized processing capacity.