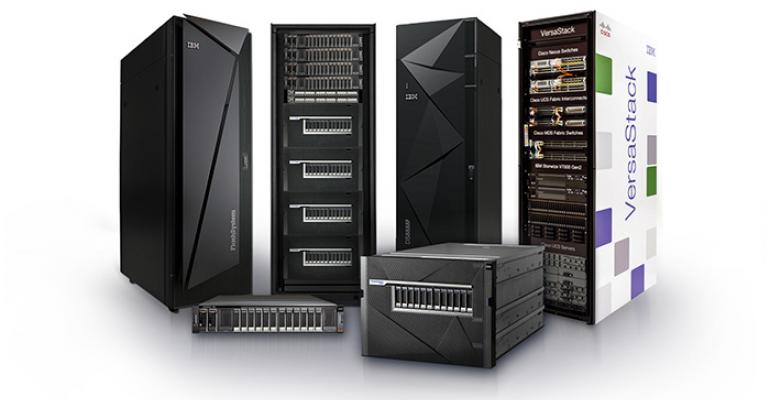 Included in the mix are added support for public cloud, containers, and machine learning

Two of the big impediments to getting value out of the goldmine that is all the data companies now have access to are the cost of storing all that data and the speed with which it can be accessed for analytics -- both problems that are driving innovation in data center storage technology. Storage systems also need to gel overall with modern ways to build and manage IT infrastructure, such as cloud and application containers.

IBM this week announced several major upgrades centered around its all-flash storage hardware and software, making wide-ranging improvements that include a different flash technology and support for cloud, containers, and machine learning.

For starters, the IBM FlashCore technology behind its FlashSystem storage systems has moved to 3D TLC NAND-based flash, which the company says should lower both capital and operational costs and improve ROI. Users should also expect to lower data capacity costs by nearly 60 percent, according to Big Blue's figures, from increased storage density when used with IBM’s new hardware-accelerated inline data compression, which provides consistent data reduction performance.

"Companies are seeking guidance in modernizing their data from being a passive cost center to being the central hub for their business. IBM understands that only those that extensively analyze and exploit their data will benefit from it," Ed Walsh, GM of IBM Storage and SDI, said in a statement. "To help clients make this transformation, we are introducing new all-flash solutions that will dramatically lower the cost of storage systems while making data availability – whether on-site or in the cloud - a central part of their business strategy."

These changes are also being incorporated into a refresh to the IBM/Cisco VersaStack converged infrastructure offerings, with several of the new all-flash storage and VersaStack solutions NVMe ready.

IBM's Bluemix cloud efforts seem to be front and center in this week's announced upgrades and new offerings on the software side. For example, the company is promising to bring hybrid cloud functionality to on-premises block storage through the combined use of the cloud and on-prem versions of its IBM Spectrum Virtualize software. Specifically, the company says, the use of the two together support mirroring between on-premises and cloud data centers or between separate cloud data centers.

According to IBM, this offers easy migration, either between an on-prem data center and the cloud or between two clouds. It also enhances disaster recovery strategies, again whether on-prem to cloud or cloud to cloud. This can also be used to enable cloud-based DevOps, with easy replication of data from on-premises sources, or to enhance performance and functionality of basic IBM Cloud Endurance or Performance block storage with advanced data services such as FlashCopy and EasyTier.

Also in the release notes: new software that enables both IBM and non-IBM storage to be used with Docker and Kubernetes container environments, with expanded SKLM support (Security Key Lifecycle Manager for encryption key management) and an enhanced GUI that consolidates activity and performance information in a single dashboard. The company says that the interface is consistent with user interfaces used in other IBM storage systems and IBM Spectrum Storage software, and that it simplifies operations and helps improve productivity.

Big Blue also announced a pilot program centered on new cloud based beta software that integrates storage with artificial intelligence and machine learning. The software collects inventory and diagnostic information to optimize the performance, capacity and health of storage infrastructure.