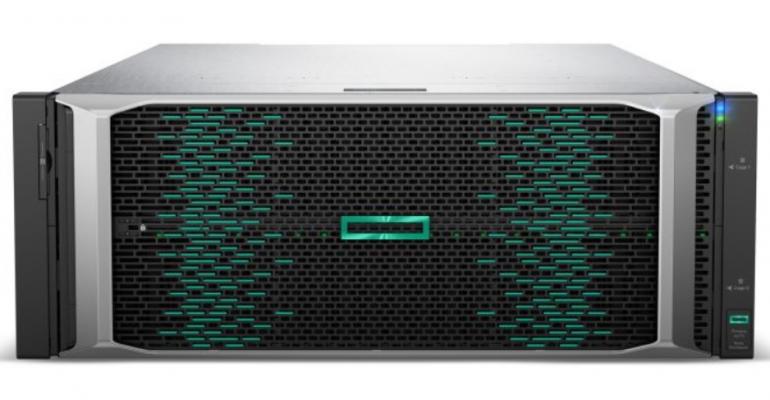 Aimed at mission-critical enterprise workloads, like databases, Primera is guaranteed to never fail.

The high-end all-Flash array is fast; according to the vendor, easier to install and manage than storage arrays have ever been; and comes with 100 percent uptime guarantee thanks to its use of AI to predict and prevent issues. The company expects to start selling the system this August.

HPE executives said a customer can install a Primera array in their data center on their own in less than 20 minutes, provision storage within seconds, and upgrade the software in five minutes, without rebooting or disrupting services.

HPE engineers based the design on simplicity of the company’s Nimble storage platform and mission-critical heritage of its high-end storage platform 3PAR StoreServ, and combined them with the intelligence (including AI-powered predictive analytics) of its InfoSight software.

“Those three formed the nexus of what became the HPE Primera architecture,” Singh said.

Designed for NVMe From Scratch

Primera’s architecture was designed from scratch to support the NVMe protocol and to optimize for solid state drives, Eric Burgener, research VP at IDC’s Infrastructure Systems, Platforms and Technologies Group, pointed out. HPE has also gone from one to four ASICs per system.

In general, the new Primera architecture supports a very high degree of parallelism, which will better leverage the full performance capabilities of NVMe, he said. NVMe, or non-volatile memory express, is a newer protocol for passing data between SSDs and other components in a system, introduced recently as an alternative to the older SCSI and ATA standards, which were created when spinning disks and tape dominated storage.

IDC predicts that by 2021 NVMe-based systems will have taken over more than half of the primary external storage market.

“It’s not just a refresh of their current high-end 3PAR storage,” Burgener said about HPE and Primera. “They really started from the ground up to build a system that could take full advantage of NVMe.”

HPE added support for storage-class memory (with NVMe) to 3PAR as an add-on technology with its Memory-Driven Flash product in 2018. In Primera, NVMe forms the core of the architecture, he explained.

“This makes it a distinctly different and much more powerful, efficient storage platform for mixed enterprise workloads,” Burgener said.

Other vendors have also introduced NVMe support on their enterprise storage systems within the last year or so, but the others didn’t start from a blank slate the way HPE did, he said. As a result, HPE has an early technological lead and may win new customers who need the advantages of NVMe performance right away.

“For those customers that require NVMe performance today, this is a great system and has advantages over other high-end storage systems, because it is optimized for solid state,” he said. “But not every customer requires it.”

Guaranteed to Never Go Down

The company’s target customers for Primera are enterprises with large-scale, mission-critical database environments as well as public-sector organizations or service providers looking to consolidate multi-tenant workloads, he said.

While designed as an all-Flash storage platform, it will be available with hard disk drives for specific use cases, such as video surveillance or medical imaging, an HPE spokeswoman told us. It will also be available as an on-premises as-a-service offering, part of the HPE GreenLake portfolio of services.

The company is making the 100 percent availability guarantee without any onerous terms or contracts, Singh said. HPE feels confident about the guarantee because of the architecture and because of its InfoSight software, he said.

If there is an outage, HPE will credit customers up to 20 percent of the value of future purchases and upgrades, according to Singh.

With the first iteration, InfoSight will spot potential problems or inefficiencies as Primera runs and make recommendations to users, such as increasing cache to a controller to improve performance, for example, Singh said. Future versions will provide self-management and self-healing capabilities.

“HPE InfoSight allows Primera to see end-to-end across the stack to predict and prevent disruption,” he said. “We are raising the bar for mission-critical reliability.”

TAGS: Hewlett Packard Enterprise
0 comments
Hide comments
Recommended Reading
NVMe 101: What Is It, and Why Should You Care?
Aug 03, 2017

HPE and Google Pitch Hybrid Cloud for Containers, as a Service
Jun 20, 2019