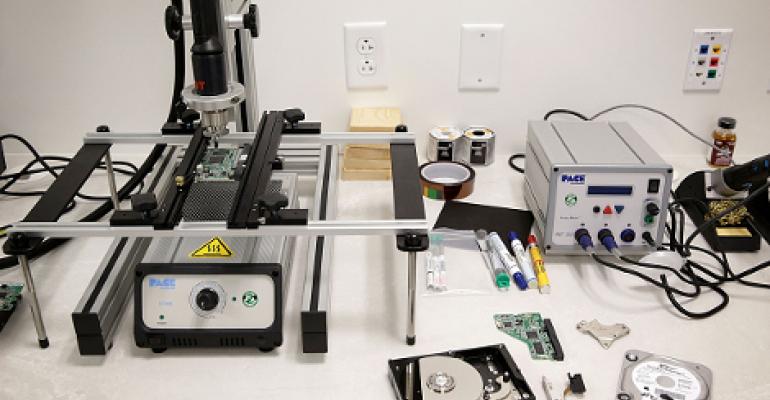 Filecoin proposes to create peer-to-peer storage much like a Bitcoin transaction is conducted between two individuals.

Matthew Leising (Bloomberg) -- The goal of blockchain startups to build a decentralized version of the internet where no single authority is in control always depended on wresting data storage away from giants like Amazon and Google. That missing piece of the puzzle may be solved by distributed storage system Filecoin, which is set to be released publicly in September.

Rather than have websites and data stored on servers owned by Amazon or Google, Filecoin proposes to create peer-to-peer storage much like a Bitcoin transaction is conducted between two individuals. Filecoin was created by Protocol Labs and works in conjunction with a new underlying network that’s also peer-to-peer, making the system impervious to attacks on the internet like when Egypt shut down the web within the nation during the Arab Spring protests in 2011.

“It’s one of the missing pieces of the Web 3 ecosystem,” said Colin Evran, Filecoin’s ecosystem lead. “Anyone can become a data-storage provider, not just the big companies that do that now.”

The move toward decentralized data storage is one project among hundreds of so-called Defi projects being worked on now. While the approach is similar in most of these -- use distributed systems to avoid single points of failure and take power away from intermediaries -- the ultimate success of the movement is far from guaranteed.

To encourage development of Filecoin and its Interplanetary File System, or IPFS, protocol, the firm is partnering with ConsenSys Labs to distribute $1.6 million in grants to developer teams. An incentivized testnet will begin this week where users can earn Filecoin by testing the network’s scalability and robustness, Evran said. Then the project expects to go live next month, he said.

Once the project is released, computer users who want to store their data on the decentralized system will have to buy that capacity using the cryptocurrency Filecoin. Users who provide the data storage will earn Filecoin for their contribution. Another advantage of a peer-to-peer storage system is the lack of a central point of failure, Evran said.

“This is a big move forward for the Web 3 space,” he said.