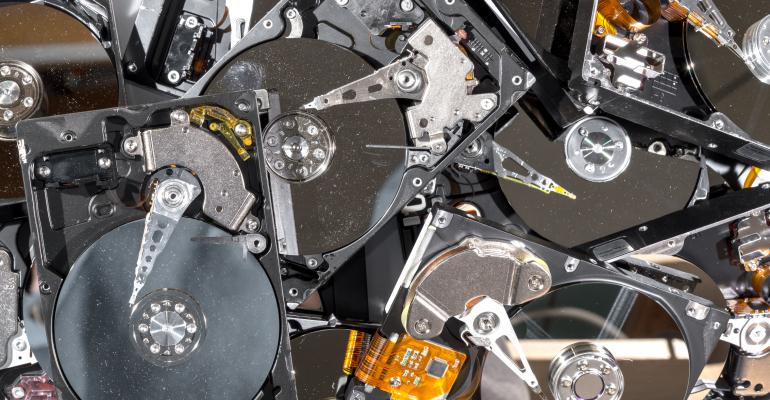 Two products in the emerging cloud-native storage (CNS) market have undergone name changes in 2021, providing a sign in where the technology is headed.

So, we have two product titles deleting storage in favor of data, or a variation of data. The message: it’s not about the storage, it’s about the data for containerized applications. More specifically, data services and databases.

The focus on data goes beyond branding, though. Pure Storage, which acquired CNS startup Portworx for $370 million in 2020, launched Portworx Data Services in September, and Ondat is in technical preview with a SaaS offering that will also make it easier for developers to manage data services. Both of those services are designed to make it easier to deploy and manage databases such as Cassandra, Couchbase, Elasticsearch, MongoDB, PostgreSQL, and Redis.

In the early days of CNS, people talked about providing persistent disk storage for stateful applications, a feature not supported in Kubernetes. But more than that is needed, just as enterprise storage systems need to do more than provide a parking spot for data.

Developers using CNS are even less interested in what type of storage media they are pinning their data to. They need data management, mainly availability – how can they take the state of an application and move it in its entirety so it can be recovered if a node fails. If they build a test environment in Kubernetes in the cloud and want to run the application in production on-premises, they need data consistency. If they’re writing data to a MongoDB database, how can they ensure the data will be saved if a pod or cluster goes down? Those aren’t storage infrastructure issues, they’re data management concerns.

The container storage interface (CSI) drive will connect Kubernetes applications to just about any storage system, but developers often just want to deploy stateful applications on Kubernetes without becoming storage experts. CNS vendors are doing what they can to move their value up the stack.

The latest updates from Portworx and Ondat took steps to simplify data management tasks by offering data services in Kubernetes. Portworx bills PDS as a database-as-a-service that provides a consistent operating experience whether databases or running in the cloud or on-premises. PDS has built-in best practices for running each type of database, and services around data protection, security, portability, monitoring and capacity management.

Ondat’s SaaS Platform also reflects an industry-wide move to make IT available as a managed service. It is not database-specific, the focus is mainly around simplifying deployment of apps in Kubernetes and allowing developers to share those apps with other teams. But one of Ondat’s goals for its SaaS Platform is to provide a marketplace for developers to install databases and other stateful apps without having to worry about underlying storage.

DataCore’s acquisition of MayaData also underscored the importance of CNS. DataCore has been a software-defined storage vendor for decades, even before the term was popular, and its leadership recognized the need to add CNS to its block, object and file storage products

Established storage vendors have extended capabilities around their CSI drivers to bring data services to containerized applications. Dell EMC Container Storage Modules (CSM) and NetApp Trident and Astra are examples of that. Some have adapted traditional storage products to run natively in containers, such as IBM Spectrum Fusion and Veritas InfoScale. Others have developed CNS as part of their container management platforms, such as Red Hat OpenShift Data Foundation and SUSE Rancher Longhorn. And as with all types of emerging technologies, a group of startups have popped up specifically to deal with container storage. These include Diamanti, Ionir, Ondat, Portworx, and Robin.io.

DataCore followed Pure’s lead and acquired a startup. Now it will continue MayaData’s work in hardening the OpenEBS (Open Elastic Block Storage) open-source software into an enterprise MayaStor product. DataCore is aiming to have MayaStor as a general available product in early 2022, when it will expand the list of storage and data management tools for applications running on containers in Kubernetes.

These developments make CNS a product category to watch closely over the next year or two.