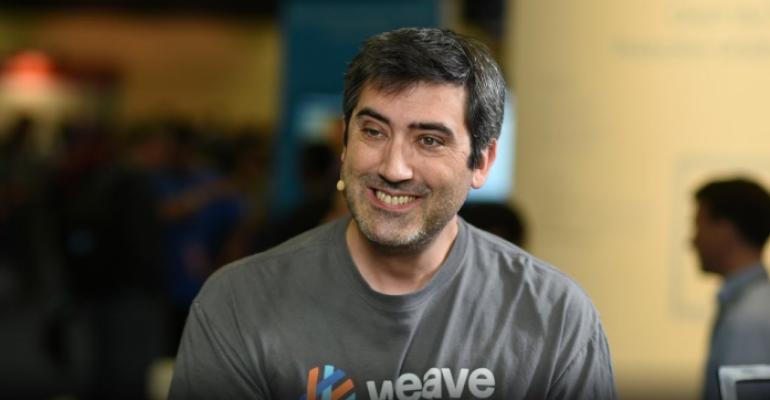 The GitOps pioneer is looking to advance its commercial adoption with the new funding and the rollout of Weaveworks Kubernetes Platform 2.4.

Weaveworks has received new funding to improve and grow the adoption of GitOps, an approach to DevOps that it helped pioneer.

On Dec. 8, Weaveworks announced that it raised $36 million in a Series C round of funding, bringing total funding to date to $60 million. Investors in Weaveworks' latest round include Amazon Web Services (AWS), Accel, GV and Redline Capital.

Founded in 2014, Weaveworks has developed a platform that helps organizations build and manage cloud-native workloads.

"We're transitioning from being an early stage company to a growth company. We've had several years running of triple-digit revenue growth, and it's really time to start scaling our sales machine," Alexis Richardson (pictured), founder and CEO of Weaveworks, told ITPro Today. "We probably would have done this a couple of years ago, but we really wanted to define what GitOps means, not as a concept or a trend, but really as a product, something that you can buy."

The Evolution of GitOps

GitOps is a DevOps model that uses the Git version control system as the base to provide a foundation for configuration and code that enables continuous operations and automation.

While Weaveworks pioneered the concept of GitOps, it has become a broader industry trend. On Nov. 19, Amazon, Codefresh, GitHub, Microsoft and Weaveworks launched the GitOps Working Group to help guide the GitOps movement with definitions and some best practices for developer workflows.

GitOps should not be confused with configuration management or infrastructure as code and is a much bigger concept, according to Richardson.

"What we see in the current era of GitOps is the full potential of full stack autonomic management of a whole system," he said. "Whereas before with things like Puppet, Chef and Terraform, it was really concentrated around setting up the machine correctly."

On Dec. 1, Weaveworks announced the general availability of version 2.4 of Weaveworks Kubernetes Platform (WKP), which is the company's flagship offering. WKP provides enterprise GitOps capabilities for Kubernetes-based cloud-native workloads. Among the new features in WKP 2.4 is the ability for organizations to enable any Kubernetes cluster.

"What that means is you can have an existing stack that's running, and you can still buy a product that gives you GitOps capabilities over the top," Richardson said.

Another new feature in WKP 2.4 is enhanced team workspaces that will help improve collaboration across DevOps teams, according to Richardson.

"Team workspaces is a really nice solution for having lots of different enterprise app dev teams, securely managing their own stacks in a GitOps style, which means they are reproducible, correct, scalable, flexible, portable and deployable anywhere," he said.