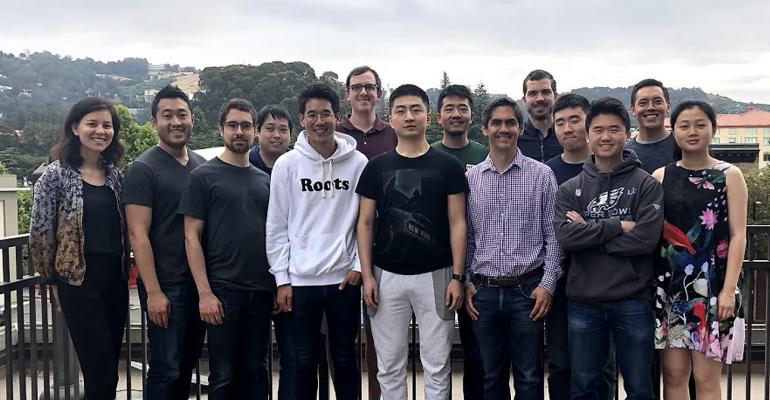 Oasis Labs says its cloud platform on blockchain architecture will help developers build privacy into their apps, while giving users more control over their personal data.

Since the Cambridge Analytica revelations earlier this year, users and lawmakers have pressed technology companies to be more transparent about how they use personal data and what gets shared with third-parties.

The team behind Oasis Labs, which raised $45 million this week, believes that their yet-to-be-released cloud computing platform built on public blockchain architecture could significantly lessen the burden on developers building privacy into applications.

The platform aims to help developers across industries build cloud apps with a decentralized mechanism for ensuring security while enabling users to reclaim control of their data, Oasis Labs CEO and founder Dawn Song said.

A MacArthur Fellow, Song has been a professor of computer science at UC Berkeley for more than 10 years. Her academic research centers on AI, deep learning and blockchain. At Oasis, she leads a team of experts from UC Berkeley, MIT, Stanford, and other institutions.

Song said that privacy protection is difficult to get right and to enforce, but that the Oasis platform enforces privacy requirements without having to trust any central party, with security built-in from the application layer to the hardware.

“Users are losing control of their data, and at the same time, a lot of their data is locked up, and not being utilized for users’ and societal good,” Song said. “For example, in the domain of healthcare, it is very difficult for medical research and pharmaceutical companies to get access to users’ medical data to develop machine learning models to help find better cures for diseases.”

The platform is already being tested by doctors whose patients can share their medical data, which gets encrypted in a smart contract on the Oasis platform. (Smart contracts are self-executing contracts with the terms of agreement directly written into lines of code.)

In the healthcare example, the smart contract can execute in a “privacy-preserving manner” to automatically train a machine learning model from the contributed medical data, Song said. The smart contract can specify terms of service and privacy policies, in this case, ensuring that the provided medical data will only be used for its express purpose.

“Privacy is a complex topic and has many different aspects and facets,” she said. “In order to build a privacy preserving application, you need to be really careful to handle all of these different aspects of privacy correctly and properly, otherwise it’s very easy to leak users’ sensitive information and cause an issue.”

Blockchain architecture in healthcare is an area already being explored by researchers who say the technology could be a more secure way to share medical records across healthcare institutions, while giving more control to patients over how their medical data is used. Startups like Medicalchain already compete in this space, but Oasis envisions its platform being used by developers across industries.

Oasis has worked with Uber to release an open source tool that lets engineers gather results from massive datasets while preserving the privacy of any single user. Song said that Oasis provides differential privacy at the application layer, leveraging the success of the tech it has already deployed at Uber.

With funding from a16zcrypto, Accel, Binance Labs, DCVC (Data Collective), Electric Capital, Foundation Capital, Gaorong, Metastable, Pantera, Polychain, and more, it is clear that while blockchain architecture  is still in its early stages, investors are seeing the vast potential of the technology. Whether doctors and patients and other users buy into it remains to be seen.

Oasis has already started working with some application developers who are building on top of its platform. The private testnet is now open to developers.