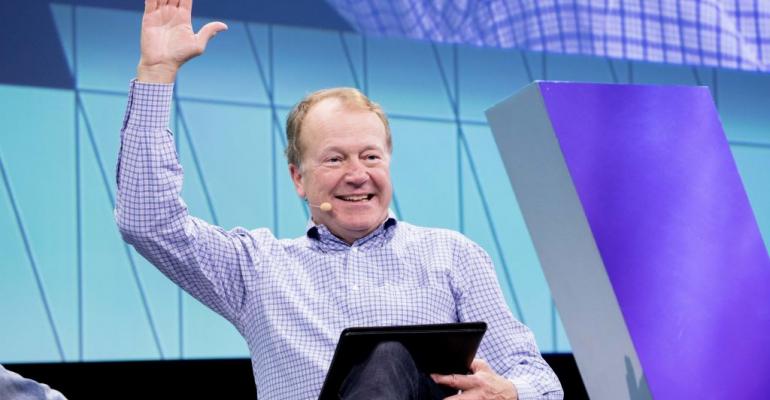 The former Cisco CEO has reunited with the data center tech startup wizards, and they all seem ready to duke it out for a chunk of AWS's Nitro business.

A new startup that made itself known this week is one worth watching. San Jose-based Pensando Systems announced it's now operating in the open after being in stealth mode since 2017. The company has been well funded even before it dropped its cloaking device, having raised $278 million in three rounds, the most recent a $145 million round led by Hewlett Packard Enterprise and Lightspeed Venture Partners. Already on board as customers are Oracle, Equinix, Goldman Sachs, and NetApp.

Its flagship product is a distributed software-defined platform the company promises will bring legacy architectures to the cloud without costly added investment or disruption. According to a statement, the platform "delivers highly programmable software-defined cloud, compute, networking, storage, and security services wherever data is located." In other words: another hybrid multi-cloud platform with an eye to the edge.

"Pensando’s technology is redefining how we think about the edge of a classic enterprise network — making it more intelligent, high performance, and secure, with real time telemetry capabilities built-in. At the core of Pensando’s platform is a new scale-out architecture for services. The platform includes a secure, programmable, edge-accelerated processor that’s co-located with the applications, and a policy server that enables rapid automation and centralized operations. In customer testing, the platform has shown industry leading performance and scalability, end-to-end security, and highly granular monitoring. At Goldman Sachs, for instance, Pensando’s technology has led to a simplification of data center architecture, improved end to end observability in the network, reduced time to resolution from hours to minutes, and enabled zero-trust security — all with a reduction in overall spend as it transitions from multiple devices to a single platform."

A big reason to keep an eye on Pensando besides its technology are the people behind it.

"The team behind Pensando has worked together for more than twenty-five years and have an unmatched track record of disruptive innovation," John Chambers, Pensando's chairman, said in a statement. "We are enabling a broad range of ecosystem partners and customers including cloud, enterprises, SP's and technology companies to deploy cloud architectures that give them the ability to compete in the next big market transition as the world goes multi-cloud. Put together, it's no wonder that Pensando is coming out of the gate with a marquis list of investors, partners, and customers. This team is an execution machine that has never missed."

Before getting involved with this startup, Chambers spent 26 years at Cisco, the last nine as chairman and CEO. The team he talks about in the statement are the four co-founders of Pensando, Mario Mazzola, Prem Jain, Luca Cafiero and Soni Jiandani, who had all become Cisco employees at the same time as Chambers -- in 1993 when Cisco acquired Crescendo Communications for its ethernet switching technology, which went on to play a crucial role in its business.

In retrospect, Cisco got more than technology from the Crescendo acquisition, because not only did Chambers go on to lead the company, his four coworkers became something of a dream team that helped fuel growth at the networking giant by using investments from Cisco to build startups that Cisco would eventually acquire, or "spin in." Known as "MPLS," an acronym for multiprotocol label switching, a data center capability, but also the gang-of-four's last initials, the team founded eight startups that generated billions of dollars and eventually ended up under Cisco ownership.

Their new effort is the first since 2013's Insieme Networks, which developed Application Centric Infrastructure products for data centers -- Cisco's data center SDN strategy has revolved around ACI ever since -- and they're comparing their new platform to Amazon Web Services' Nitro, used among other things for virtual machines.

Pensando indicates the platform can bring a similar capability to other companies, including AWS cloud competitors, while offering up to 9x improvements in productivity, performance, and scale. This seems to be aiming high, and indicates the startup is ready to go one-on-one with the world's largest cloud provider.

"From day one, everything we do from product development to go-to-market has been focused on the success of our customers and partners," Jiandani, co-founder and chief business officer at Pensando, said. "Today's announcement, with six leading customers, investors, and partners, is a testament to our commitment to successful customer outcomes. It is in the DNA of our company."