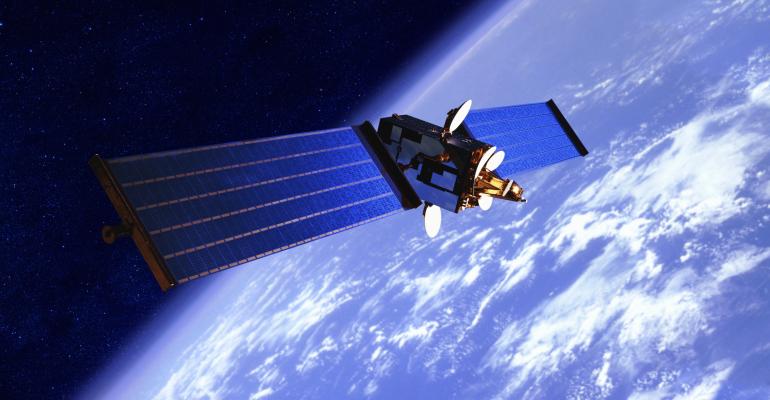 The company plans to launch a network of satellites that would store data by beaming light back and forth between the nodes.

Would you want to store your data in space? LyteLoop Technologies thinks so, and it just raised $40 million in private financing to make a space-based data storage center a reality.

The five-year-old startup, based in Great Neck, New York, is developing technology for storing data in orbit, on board satellites. It will be more environmentally friendly, secure, scalable, and private than traditional data centers on Earth, LyteLoop CEO Ohad Harlev told DCK.

“This is literally a cloud above the clouds,” he said.

LyteLoop’s technology stores data on photons (light) and the data is constantly moving in a continuous loop between satellites. The company plans to launch six proof-of-concept satellites within three years and go live with a data storage service in five years. The $40 million raised will allow the startup to quadruple its team and hire the engineers and scientists it needs to perfect its technology and launch the satellites.

“We are a storage company. We are storing data in a different medium – on photons – and in our case, in space,” Harlev said. “The essence is that we have communications links and photons going back and forth. That back and forth is the storage medium.”

LyteLoop is not the only company attempting to store data in space or seeking more sustainable, secure, or scalable alternatives to traditional terrestrial data centers. Cloud Constellation, based in Los Angeles, has previously announced plans to use low-orbit satellites to provide customers with cloud storage that it says is more secure than earthbound data centers.

Businesses are generating massive amounts of data, not just from customers but from machines such as IoT sensors, he said. These companies are storing everything they can afford to store, but if data storage were even more affordable, they would keep even more data for data analytics, he said.

“There is a thirst for lower-cost storage to store massive amounts of data that organizations are throwing away today that they may find useful in the future to optimize their businesses and for a competitive advantage,” Hahn said.

Other companies are also thinking outside the box when it comes to future data centers. One of them, famously, is looking below sea level to meet demand for data center capacity, particularly in high-population areas with land or power constraints.

Microsoft in 2018 wanted to test the feasibility of underwater data centers to serve high-population coastal areas, so it submerged a cylinder-shaped container housing 864 servers off the coast of Scotland.

Last September, Microsoft fetched the solar and wind-powered data center from the ocean floor and said the two-year experiment was a success. Not only was the data center green and sustainable, according to the company, but its servers also had greater reliability, giving Microsoft more environmentally friendly data storage options in the future.

LyteLoop can make its technology work on Earth in large tubes, smaller cells, and with fiber optics, but the company’s top priority is to build space-based data storage centers, said Harlev, who previously worked in satellite operations.

“For the technology to work, it needs to operate in a vacuum or near-vacuum, and space gives that for free,” he said.

The company’s primary target customers will be organizations that need to store a lot of data: enterprises focused on the business-to-business market and enterprises that have strong data security, privacy, or governance requirements, he said.

LyteLoop’s satellite-based storage will be more secure because the data will reside in space and because the data moves at the speed of light and is constantly in motion between satellites, making it much harder to hack into, Harlev said. The company plans to use quantum encryption, which he said is unbreakable.

Privacy is improved because customers don’t have to worry about data sovereignty rules and worrying what country their data resides in, because the data resides in space, he added.

LyteLoop is also more scalable than traditional data centers because the startup uses what it calls “angle multiplexing.” By creating more paths for light to travel, the company can add more storage capacity, he said.

“To manage a full constellation of 100s of satellites is measured in the single digit millions of dollars per year,” he said.

The result is that the company’s total cost of ownership in space will be much lower over a 10-year period when compared with building and managing comparable data centers on Earth, according to Harlev.

Part of the cost savings comes from the fact that LyteLoop’s technology is much more environmentally friendly. It runs on solar power, doesn’t need millions of gallons of water to cool equipment or use raw materials for storage hardware, he said.

“It’s a lot greener,” Harlev said. “Data center usage (on Earth) is usually measured in megawatts, but to put things in perspective, we are talking about using a fraction of the power – in the kilowatts. You can store exabytes of data with, give or take, 35 to 40kW of power.”

Users will be able to access the data the same way they’ve done before. The user on Earth requests a file, the request goes from an Earth station to a gateway satellite to the LyteLoop satellites. The data gets transferred the same way back down.

Harlev is focused on data storage in space, but he said he has had discussions with potential partners who can put servers in space as well. Combined, they could potentially offer full data center services, allowing customers to perform data analytics in space, he said.

“One thing we keep saying about this market: everyone is doing small, evolutionary steps [to improve data center technology]. ‘I’ve increased my hard drive by a bit or improved the PUE,’” he said. “We at LyteLoop are revolutionary from the technical side, but it’s completely the same for the user experience and managers of the data.”