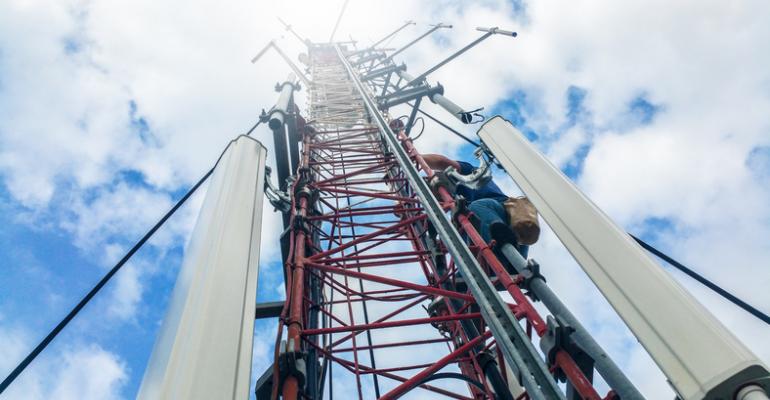 Ihab Tarazi, who led Equinix’s technology strategy as CTO until last fall, has joined Packet • The bare-metal cloud startup is building a platform to provide edge computing as a service to enterprises • Tarazi believes Packet is ahead of others in building the right architecture for the edge • His goal is to have a working model for edge compute by the end of 2019

After less than a year as entrepreneur in residence at Sutter Hill Ventures in Silicon Valley, Ihab Tarazi, former CTO of Equinix, has joined Packet, the New York-based startup that provides bare-metal cloud services and has big ambitions in the developing edge computing space.

A venture capital firm typically hires an accomplished executive as entrepreneur in residence, or EIR, to temporarily get access to their expertise as it searches for investment opportunities. The exec gets breathing room to do some big-picture thinking while helping the firm find or create the next startup to invest in.

Tarazi used his time at Sutter Hill to think about edge computing, and it wasn’t a coincidence that his next move was to join Packet as CTO. The startup has been placing big bets on that next evolutionary step in design of the global computing infrastructure.

“It was clear to me that the next big investment wave is going to be at the edge,” Tarazi said in an interview with Data Center Knowledge.

Packet, in his view, is far ahead of others in building what the edge infrastructure will require. The architecture the startup has developed over the last several years “is really what you need at the edge to be successful,” he said.

The Edge of What?

There’s no single definition of “edge computing.” The expression can mean different things in different scenarios, but in Tarazi and Packet’s case, it means something very specific: it’s the edge of the last-mile network.

Packet and several other companies recently co-sponsored a report aimed at defining some basic concepts in edge computing and summarizing the current state of play. Tarazi authored the prologue to the paper, which defines last mile as “the segment of a telecommunications network that connects the service provider to the customer.”

“The last mile is part of the access network, and is also the network segment closest to the user that is within the control of the service provider,” the report – also sponsored by Arm, Ericsson UDN, Vapor IO, and Rafay –  reads. The edge of the last-mile network, according to the report's definition, can be the user device or the service-provider end of the network.

A Netflix-Like Infrastructure for the Enterprise

Netflix, Akamai, and other big content players have spent a lot of time building out their networks in a way that optimizes content delivery to users. Caching content in many places in every key market, they’ve shrunk the physical distance data needs to travel, lowering latency and reducing bandwidth costs as a result.

“They have a big-enough edge already,” Tarazi said. He witnessed the build-out of this content edge firsthand at Equinix, whose data centers are often where companies go to interconnect with service providers that will carry their content to users.

What Packet and others in the developing edge computing ecosystem are building is something similar to content delivery networks but for enterprises. “This is the enterprise version of Netflix,” Tarazi said.

It's difficult for a typical enterprise to harness all those players to build an edge computing infrastructure. There’s no commercial real estate product for a company wanting to host some servers at a cell tower today, for example.

Packet wants to make it easy by offering a bare-metal infrastructure that’s already deployed where it needs to be and can be consumed the same way enterprises consume cloud services from the likes of Amazon Web Services and Microsoft Azure.

The company is using the same principals the cloud giants used to build their hyperscale platforms. These are things like maximum automation and abstraction of the infrastructure, support for microservices through integration with platforms like Kubernetes and CoreOS, code-based operations and billing, and so on.

Unlike Netflix, whose infrastructure is designed to support a single application, Packet’s infrastructure will have to be shared by many customers in as many locations as Netflix, Tarazi explained.

As CTO, Tarazi is responsible for developing product and strategy, commercializing it, and operating the service.

His immediate priority is to develop a working model for the edge, which he hopes to have done before the end of 2019. His goal is to be able to announce that Packet is available in several cell-tower locations by that time. (He said he wasn’t ready to say how many.)

Then, the plan is to build a hybrid cloud solution for a customer that combines Packet’s platform with some of the big cloud providers.

Another priority is to integrate new technologies into the platform. Those include chipsets by Arm and AMD, as well as hardware designed to Open Compute Project and Open19 specs.

On the business side of things, Packet is actively working on its next funding round (its latest was a $9.4 million Series A round led by SoftBank) and opening a Silicon Valley office. Tarazi, who lives in Burlingame, California, is not planning to move to New York, and the company wants to take advantage of the region’s massive pool of technical knowledge and proximity to customers and key strategic partners.