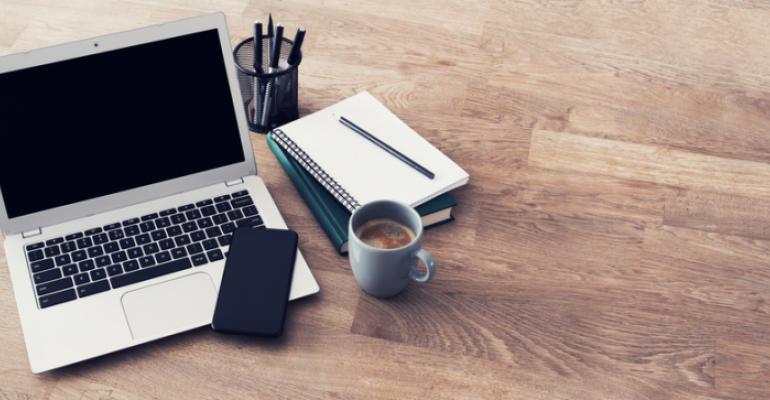 Are Consumers Worried Enough to Buy a Personal Server?

Seattle startup Privacy Labs is selling a server that runs email, contacts, and calendar services through a personal web domain • The gadget is about the size of an open paperback book that sits on a side table or desk rather than in a data center • Privacy Labs wants the server to eventually become a private digital-identity hub for everything people do online • Instead of Google and Facebook storing all your information in their data centers, consumers would control the data and internet companies would have to ask for access

Privacy Labs Inc., a startup based near Microsoft headquarters just outside Seattle, wants to upend all this in the name of digital security. On Wednesday, it began selling a server that runs email, contacts and calendar services through a personal web domain. The Helm Personal Server is an angular gadget, about the size of an open paperback book, that sits on a side table or desk rather than in a data center. Information is stored and encrypted on the device, not in the cloud.

The first aim is to keep private messages from being hacked or accessed by governments and law enforcement. Future products include on-device versions of popular cloud services like file storage and sharing, password management and a virtual private network to make online connections more anonymous.

Longer term, Privacy Labs wants Helm to be a private digital-identity hub for everything people do online. Instead of Google and Facebook Inc. storing all your information in their data centers and selling ads based on it, consumers would control the data and internet companies would have to ask for access, according to Chief Executive Officer Giri Sreenivas.

“We want to help people break through the way the internet works today and not engage with Google and other big tech companies,” he said.

It’s an anti-cloud pitch that will test whether a string of digital-security breaches and data-leak scandals has stoked enough consumer demand for a pure privacy product. Companies will pay almost $120 billion for security technology by 2021, while consumers will spend a relatively paltry $5 billion, according to Gartner Inc.

It’s an expensive test, too. The Helm device costs $499. That includes 128 gigabytes of local storage and the first year of email, calendar, contacts and a web domain for multiple users. It’s $99 a year after that. This compares with $90 a year for the professional version of FastMail, a privacy-focused email service with calendar, contacts, your own domain and 100 GB of storage per user.

“I am skeptical,” said Peter Firstbrook, an analyst at Gartner. Symantec Corp. and other companies have been trying to get consumers to buy privacy and security services for some time with little luck, and meanwhile free services are booming, he added.

Sreenivas sees the iPhone as Helm’s only major rival. Apple Inc. has been putting more data and computing processes on the device, and it increasingly stresses privacy benefits. Still, iPhones continue to rely on cloud-based services like iCloud and the devices regularly ping data centers run by internet giants like Google, he said.

Privacy Labs has about 12 employees, and a regulatory filing from early 2017 said the company had raised just $4 million. Sreenivas wouldn’t say how much funding the company has, but investors include Initialized Capital, a $500 million early-stage venture capital firm run by Garry Tan and Reddit co-founder Alexis Ohanian. Former pro football star Joe Montana’s Liquid 2 Ventures is also a backer.

“Email is the foundation of identity and doing things on the internet, so it’s the natural place for Helm to bring in-house and secure,” Tan said. “The iPhone is one of the most secure computing devices anyone ever has in their daily life, but there’s no such corresponding thing on people’s servers.”

Sreenivas and co-founder Dirk Sigurdson previously ran Mobilisafe, a mobile-device security startup that was acquired by Rapid7 Inc. in 2012. They stayed on through Rapid7’s 2015 initial public offering, leaving early the next year to start Privacy Labs. They also worked on early Android phones at T-Mobile US Inc.

Despite that experience, Privacy Labs faces a daunting task in competing with the world’s largest internet companies. Emails sent from Helm’s system to other people will still reside on servers in remote data centers run by other companies. Sreenivas said the company is working on a fix for this potential risk. And Helm backs up user data by storing an encrypted version on Amazon Web Services, so it’s partly relying on the cloud-based technology that it wants to replace. However, Sreenivas said a longer-term plan is to slice up user data and store it in bits on other Helm devices, creating a decentralized network of personal servers.

He sees computing evolving in cycles swinging between centralized and decentralized systems. Mainframe computers put processing power in the hands of a limited number of large organizations. Desktop PCs democratized access, while cloud-computing has concentrated data and information control once again. Products like Helm could reverse the trend once again.