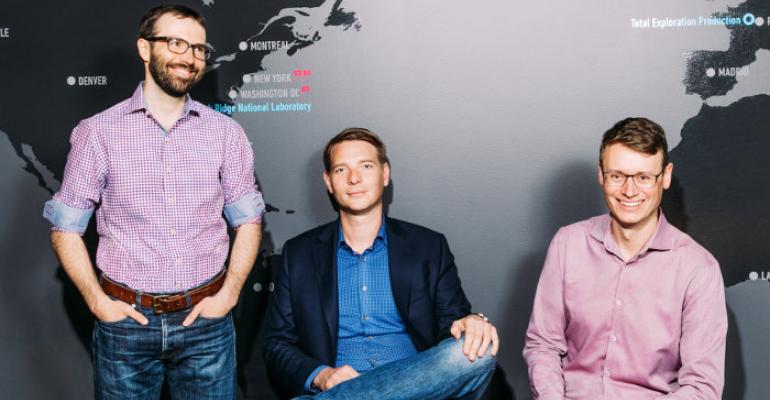 This week Mesosphere, the developer of DC/OS, announced it has raised $125 million in Series D financing, bringing its total funding to $251 million and placing a value of $725 million on the San Francisco-based startup.

We couldn't help but wonder what they planned to do with all that money, so we asked.

"That was just retanking, putting gas in the tank," Florian Leibert, the company's CEO and co-founder, told Data Center Knowledge. "Now it's about figuring out how to win this market."

For a startup, Mesosphere has already done a pretty good job of winning its market. Its user base includes 15 Fortune 50 companies, five of the 10 largest banks in North America, and seven of the world's 12 largest telcos. Not too shabby for a company that released its first product, DC/OS, originally called Data Center Operating System, only five years ago.

"One of the key features we have added to DC/OS is support for data services," Leibert said. "Data services can be thought of as things like Apache Cassandra for distributed NoSQL storage and Apache Hadoop file system, but also modern data science tools, like for example, Jupyter. We make it really easy to install and operate all of those components on a shared infrastructure."

To fill in the blanks: the company's flagship product, DC/OS, is a cluster management platform based on open source Apache Mesos that takes a single-pane-of-glass approach to managing multiple machines running cloud-native workloads as if they were on a single computer. Although until recently Mesosphere called DC/OS an "operating system," it runs on Linux, below the orchestration layer. Jupyter is an open source collaboration application that's often used with big data.

"Of course, streaming data is a big component of that," he continued. "We support both leading streaming platforms, Flink and Spark, that you can then use with tools like Jupyter. All of these components are readily available at the click of a button with DC/OS. We basically turn all of these data services, or streaming packages, into as-a-service offerings, either in your own data center or in a public cloud, without the lock-in that you would normally get if you were to just use the public cloud as-a-service equivalent."

"The great thing is we don't just install them on the cluster. Our software monitors and makes sure that it keeps them up and running. In case there's a failure, it automatically restarts the failed component."

This is of course the way enterprise IT is headed. Although the complexity of workloads running in data centers increases with each passing day, developers are working overtime to keep the complexity automated and under the hood, requiring as little input as possible from those tasked with keeping the software up and running.

According to Leibert, the growing number of IoT devices connected at the edge is going to further test the ability of big data vendors to process massive amounts of information quickly across hybrid cloud environments.

"We're working with the car manufacturer, Nio, that's taking on Tesla in the race to an autonomous car," he said. "They're using us to process the data, stream the data, and run the analysis and machine learning models with TensorFlow. Of course, container orchestration is also part of this story. They have sensors for recording HD images. They have lidar, sonar, and GPS data, and all of the data amounts to about 4TB for eight hours of driving.

"I think that's certainly big data, especially when you think about the fleets of tens of thousands, and later on hundreds of thousands, of these cars."

For another example he cites the demands of factories that are automating manufacturing facilities by way of IoT.

Leibert pointed out that the deployment of technology at the network's edge is in its infancy and that new ideas about using the edge are still being born as developers do some outside-the-box thinking. Royal Caribbean Cruise Lines, for example, wanted to digitize its customers' experience with a mobile app for making reservations with onboard restaurants and the like. Its solution was to turn its fleet into floating hybrid clouds.

"They didn't want to go over the public internet because that's obviously connected via satellite which is a sub-optimal experience," he explained. "They decided to put a small data center, a rack or two of servers, on each of the cruise ships and just do a batch send every so often to their public cloud in order to provide this mobile app access to all of their customers. For them, container orchestration was equally as important as streaming analytics. They're doing a lot of it on the edge, and then a lot of the machine learning models will be produced in a more centralized public cloud."

With the long-term relationships that Mesosphere seems to be forging with its customers, it's not difficult to understand why investors were willing to drop over $100 million into the company's latest funding round, especially when income growth is factored into the equation.

"Last year we tripled our revenue," Leibert said. "Obviously, revenue is always exciting, but that we are front-and-center in this transformation that's happening, and being able to turn existing data centers into quasi-public clouds, I think is more exciting."