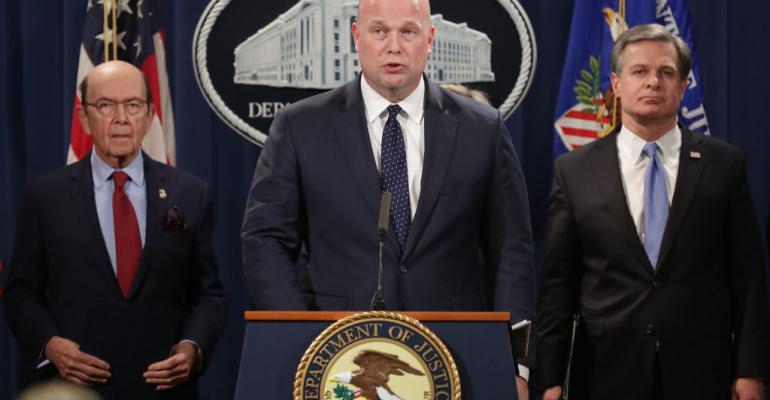 Alyza Sebenius and Todd Shields (Bloomberg) -- The Department of Homeland Security is conducting a broad review of risks posed by 5G technology, officials said, as the U.S. grapples with concerns about the new network’s vulnerability to hacking and the rise of Chinese telecommunications giant Huawei Technologies Co.

The study -- a wide-ranging assessment of risks -- should be completed within “a couple months,” Chris Krebs, who heads the Cybersecurity and Infrastructure Security Agency within Homeland Security, told reporters at the RSA Conference in San Francisco.

The worldwide mobile industry is racing to deploy advanced 5G networks that promise faster connections, enabling uses such as autonomous vehicles and remote surgery. China has a narrow lead over the U.S. and South Korea, according to research commissioned by CTIA, a Washington-based trade group for mobile carriers.

President Donald Trump last month challenged U.S. companies to “step up their efforts, or get left behind.” He added: “There is no reason that we should be lagging behind on something that is so obviously the future.”

But experts including former chairman of the Federal Communications Commission, Tom Wheeler, said the race for 5G could lead to an insecure system. In a Jan. 21 op-ed in the New York Times, Wheeler said the U.S. “is speeding toward a network vulnerable to Chinese (and other) cyberattacks.”

The Trump administration’s most public concerns about 5G security have involved Huawei. Congress has forbidden U.S. government agencies and contractors from buying Huawei equipment, out of fear it could be used by Beijing for espionage. The U.S. has sought to persuade allies in Europe and elsewhere to take similar steps.

Krebs didn’t specify key questions that the DHS study would address. But he said it would look at broad risks to the infrastructure for the technology, not specific actors or types of equipment. Jeanette Manfra, assistant director for cybersecurity at Krebs’s agency, said the study would not specifically examine Huawei or any individual company.

The U.S. intelligence community is also engaged in deliberations, both internally and with partners, about the risks of 5G technology, according to General Paul Nakasone, the head of the National Security Agency and the U.S. Cyber Command. Their discussions include “what’s the risk we want to accept” and “are we comfortable with a single nation being able to have control of our infrastructure,” he said at the conference.