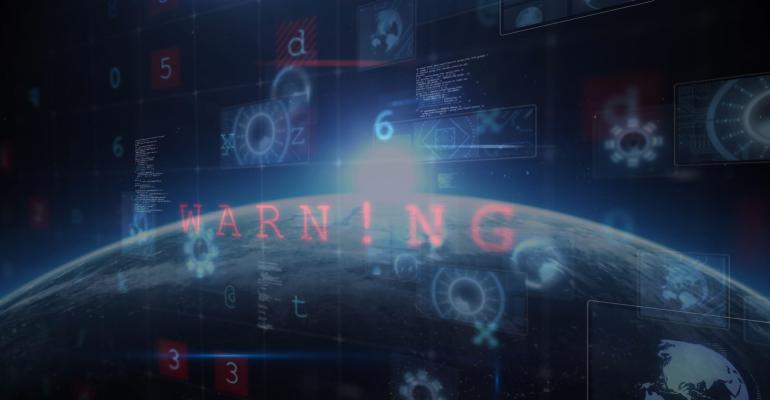 'Sextortion,' Business Disruption, and a Massive Attack: What Could Be in Store for 2023

The number of cyberattacks around the world jumped 28% in the third quarter of 2022. Such a figure is not surprising because recent years have brought more and bigger attacks on almost every sector. The coming year will no doubt also be filled with attacks and risks, despite companies spending even more on solutions and both governments and the private sector taking further steps to prioritize security.

While many of the current trends will continue, there also will be significant changes and developments in the year ahead. The increasingly efficient and business-minded manner of both cybercriminals and state-backed attackers will drive many of these growing trends and new challenges.

Business disruption due to cyberattacks is on track to become a bigger problem. During the past 12 months, 93% of organizations have suffered a data-related business disruption, and 43% reported permanent data loss, according to a recent survey. This comes as attackers move away from ransomware attacks, which hold data hostage for money and have fallen by 8% in recent months, and carry out attacks simply to disrupt services and activities, sometimes by erasing data, rather than to raise money.

Political motivations are often behind such purely disruptive attacks, including Russia-linked or Russia-backed hackers who have targeted businesses in Ukraine, or those that support Ukraine. The public nature of these disruptive attacks, including denial-of-service (DoS) attacks, is also an effective way for hacking groups to build up their brands. This public relations effort is important as more groups, including the infamous Conti group that shut down several government websites and services for months in Costa Rica, seek affiliates to work with on attacks.

Signs Are Pointing to a Catastrophic Attack

We will not likely get through the coming year without some sort of catastrophic attack on a very strategic and important network or service provider like Gmail, WhatsApp, or Microsoft. We have long known — and it became even more clear from Twitter whistleblower and former head of security Peiter Zatko, who exposed lax data security practices at the social media giant — that the biggest tech companies, with the biggest security budgets, still have severe challenges.

If a global software provider or communication platform is attacked it could lead to significant disruption of business and communication, and put the personal data of billions at risk. It would be a worldwide event with lasting economic, social, and political consequences.

Supply chain attacks, in which bad actors gain access to organizations through third parties, enabling one attack to include hundreds of victims, will continue to increase as hacking groups become more business-oriented and concerned with efficiency. These types of attacks have already increased by nearly eightfold over the past three years. Many of the largest and most threatening groups are no longer operating alone. In addition to working with affiliates, they are working with states. States are hiring them, funding them, or simply providing them a safe harbor from which to operate. With more at stake, including funding from government or affiliates, these groups are under pressure to accomplish more damage in shorter amounts of time, in the most efficient way possible.

These bad actors are evolving into a modern form of organized crime, and as long as efficiency and results remain important to them, they will pursue supply chain attacks. Such attacks put every sort of organization that uses any type of cloud software at risk, meaning every company must embrace intelligence and be prepared for attacks from sophisticated criminal gangs or state-backed attackers.

Personalized Attacks Will Target Executives and Their Friends and Family

We will see more personalization of attacks, including bad actors using tactics like demanding money or network access credentials in return for not releasing valuable or sensitive data they already have. A growing related tactic is "sextortion," or threatening to release embarrassing information, photos, or videos unless the victim gives over money, information, or network credentials. In other cases, attackers offer to pay money in return for passwords or other information that can help them carry out a future cyberattack.

What all of these attacks have in common is that they are very personal in nature, especially those that rely on sextortion. They can affect business executives, public figures, and anyone else who has a public profile or access to confidential or valuable data and information. But in addition, these types of attacks also often involve friends or family members of their ultimate victims. For example, in one case my company dealt with, a teenager received emails threatening to reveal that he was gay — something his family did not know — unless he installed some files on his home network. Acting out of fear, he installed the files, and this eventually gave a cyberattacker potential access to his mother, an executive at a large company.

With attackers growing more sophisticated and more focused on efficiency, it is more important than ever for businesses to understand and improve their security posture. In the constantly evolving threatscape, no organization can consider itself immune to attacks by the biggest hacking groups, including those backed or sheltered by governments. We are entering a new era in which interconnectedness poses almost as many challenges as it does benefits.

Read the full story on our sister site Dark Reading.