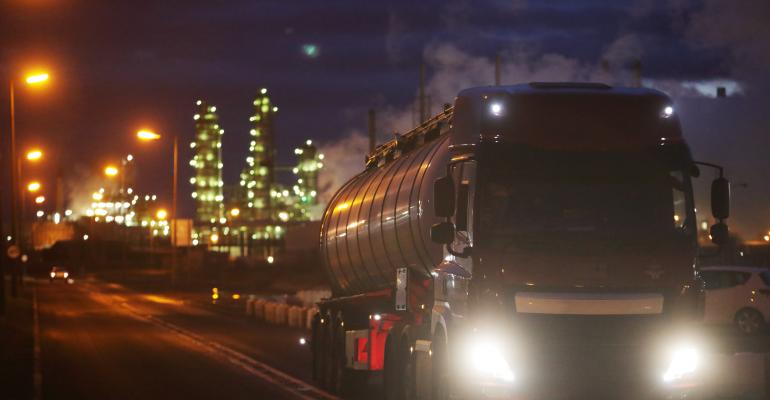 Mabanaft Germany, whose systems were breached, continued to work on resolving the issue on Friday.

(Bloomberg) -- A cyberattack targeting fuel storages in Germany and parts of northern Europe stretched into a sixth day with little visibility over when things will get back to normal.

Mabanaft Germany, whose systems were breached, continued to work on resolving the issue on Friday, according to a letter from the company seen by Bloomberg.

The hack left swaths of German fuel depots unable to load onto trucks. Operations at different companies’ terminals have also been disrupted in Belgium that handle a range of fuels, including gas. At least one terminal in Antwerp run by a company that suffered an IT outage is at least partly operating, according to two people with knowledge of the matter.

German authorities said earlier this week the incident was serious “but not grave.” People involved in fuel distribution in Germany said the fuel-supply situation since the hacking has so far been stable. One said there were plenty of alternative routes to market, while others said that high prices and subdued demand have helped to take any pressure off the country’s supply of heating oil.

The hackers behind the German breach appear to be related to the Russian DarkSide ransomware gang, according to Brett Callow, a threat analyst at the cybersecurity firm Emsisoft. DarkSide was accused of the attack on Colonial Pipeline Co. last year, shutting down the largest gasoline pipeline in the U.S. for several days in May.

The hacking has coincided with one of the tightest diesel markets that Europe has seen in years. So-called timespreads for the fuel have surged to the highest since 2008, indicating demand is outpacing supply. The distributors in Germany said that has resulted in slow demand.

Oiltanking Deutschland GmbH, a Mabanaft-linked storage firm whose IT system was also compromised, had about 18 million tons of fuel pass through its depots in 2020. That equates to about 15-20% of the nation’s oil demand, according to data compiled by Bloomberg.

In Germany, a force majeure is in place across distribution and storage assets owned by Mabanaft Group, within which the Oiltanking Deutschland operates. Both firms are owned by Marquard & Bahls.

The disruption left companies like Shell Plc unable to load fuels onto trucks at Oiltanking Deutschland facilities and looking for alternative options. Some barge operators can’t get fuel out of storage onto vessels operating along the Rhine River, a major conduit for supplies from northwest Europe to buyers as far away as Switzerland. Payments were hindered at some German filling stations.