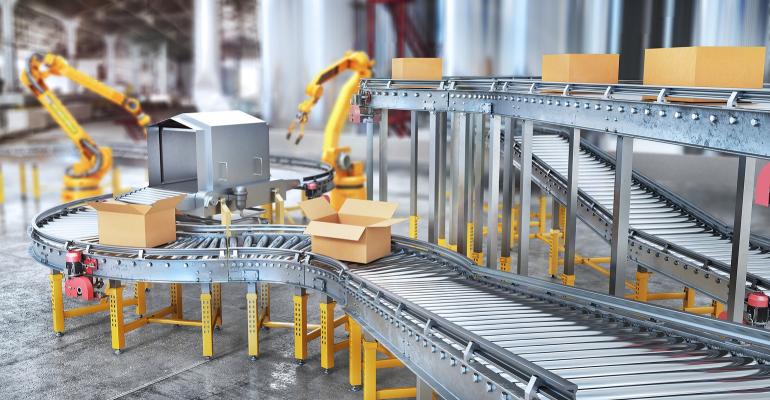 Businesses are facing staff shortages and budget constraints that impact their ability to maintain security. Cybersecurity automation, including AI-powered intelligent automation, is helping close the gap.

Data center cybersecurity managers have had it tough this pandemic.

During the first half of 2021, bad actors launched 5.4 million DDoS attacks, setting a new record, according to a Netscout report released last month. The number of attacks is up 11% compared with last year, and the average attack duration is up 31%.

And according to the U.S. Department of the Treasury, ransomware payments reached $400 million in 2020 — four times higher than in 2019. And that number is just a fraction of the total economic cost of ransomware.

According to IBM, the average cost of a data breach now costs a company $4.24 million per incident, another record high. One reason that the costs of dealing with security incidents went up, said IBM, was the drastic operational shifts during the pandemic.

This past year and a half has been a "perfect storm" for the cybersecurity profession, according to the Ernst & Young Global Information Security Survey released this summer.

More than three-quarters — 77% — of respondents said that they have seen an increase in the number of disruptive attacks, such as ransomware, over the last 12 months, up from 59% the year before.

As a result, just 9% of boards were extremely confident that the cybersecurity risk and mitigation measures presented to them can protect the organization from major cyberattacks — down from 20% last year.

It's no surprise that 68% of CEOs are planning a major data and technology investment in the next 12 months and 39% of organizations put cybersecurity on their board agendas quarterly — up from 29% in 2020.

According to the IBM data breach cost report, the factor that made the single biggest difference in the total cost of a data breach was cybersecurity automation.

Companies that did not have security AI and automation deployed spent an average of $6.7 million to recover from a breach — more than twice as much as companies that had fully deployed automation, which spent just $2.9 million.

Cybersecurity automation also allowed companies to spot a breach and contain it faster.

So it's no surprise that 95% of organizations have already automated at least some of their cybersecurity processes, according to a cybersecurity automation adoption survey released by ThreatQuotient last month.

Of those, 40% have automated more than half of their processes.

Meanwhile, 98% of companies are planning to automate more of their cybersecurity over the next 12 months.

"Prioritizing cybersecurity solutions that provide smart, cost-effective ways to reduce, mitigate or even prevent cyberattacks is key," he said. "Inevitably, as we move to an increasingly digital world, these options are game-changers in safeguarding our society and digital future.”

"It gives us the capability to do threat detection and response at scale," he told Data Center Knowledge.

AI and machine learning-powered automation requires large data sets to become effective, and we're starting to see this as well.

"A lot of machine learning is being thrown at huge data sets," he said. "The analytics are getting better. And what do you do with that analysis? You want to do threat detection and response, you want to bring the environment back to a safer operating state. Now, these new tools are able to do a lot of this automatically."

According to the SANS threat hunting survey released last month, 75% of companies already use automated alerting tools such as SIEM (security information and event management), intrusion detection and prevention, and endpoint detection and response.

"All the tools work with visual editors to show workflows where you can drag and drop actions on the canvas and connect them together," he told Data Center Knowledge.

These tools automate tedious and repetitive tasks and speed up incident response, he said, while reducing alert fatigue and human error.

According to a September survey Ponemon conducted for cybersecurity vendor ReliaQuest, 52% of companies say that their IT security team is spending too much time on data collection activities at the expense of threat detection and analysis.

And 63% said that automating tasks like data collection would make their security operations more efficient.

On average, according to the report, a security professional spends 3.3 hours a day manually administering tools.

And automating more routine tasks such as log management frees up analysts for higher-skilled tasks like threat hunting and incident response, he told Data Center Knowledge.

But those, too, can benefit from cybersecurity automation, he said, by providing context to help analysts make decisions more quickly.

Another area in security that is traditionally extremely time-consuming is conducting simulated attacks and penetration tests.

These simulations automate adversary behavior and can cover more processes and security controls than is possible with manual tests — without disrupting day-to-day operations.

"Since testing is ongoing, findings are reported continually, giving security teams more data about the day-to-day performance of their security models," he told Data Center Knowledge.

But two-thirds have experienced outages caused by certificates expiring unexpectedly, and 25% experienced five to six such outages in just the past six months.

As a result, 91% of companies are planning or thinking about automating their PKI certificate management processes.

Today, only 25% have implemented or are in the process of implementing a solution, but 70% plan to roll one out in the next 12 months.

Third-party software is also a potential security risk, as evidenced by the recent SolarWinds and Kaseya attacks.

These are known as software supply chain attacks.

According to a report released last month by enterprise software delivery firm CloudBees, 95% of executives say that their software supply chain is secure or very secure.

This is a problem because every manual step presents a risk of human error that can lead to a security breach, he told Data Center Knowledge.

"As the frequency of deployments through DevOps pipelines increases, manual approaches are no longer sustainable," he said.