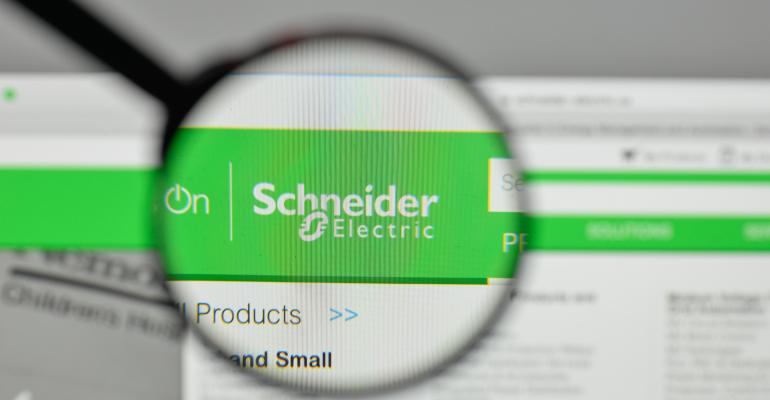 The big takeaway from Schneider Electric's 2022 Innovation Summit North America? Sustainability is no longer a cost center, but a driver of growth and a way to attract customers, according to a recent interview by Time magazine with Jean-Pascal Tricoire, chairman and CEO of the 186-year-old Rueil-Malmaison, France energy management company.

And that’s not just speculation or "green hype." According to “Reimagine Colocation Strategy With Sustainability Front Of Mind,” an April 2022 Forrester Consulting study commissioned by Schneider, 75% of colocation providers said they had lost business and/or investments due to not having sustainability programs in place and 83% said they have used sustainability as a way to attract new business.

Schneider takes sustainability seriously, ranking by Corporate Knights as the world’s most sustainable company in 2021, and ranking #4 in 2022. The company’s three-day conference was bookended with two keynotes, the opening one by Tricoire.

Referring to increasing energy costs, weather emergencies, and shortages caused directly and indirectly by the Russia-Ukraine conflict and other market pressures, “We are at the moment in history where the midterm objective of being sustainable on going to net zero is meeting the absolute urgency for all of our companies to mitigate the rising cost of energy,” Tricoire said. “This winter in Europe, being efficient in energy will be the only way for many of our companies to keep operating.”

This needs to be dealt with in three ways, Tricoire said:

COVID actually helped by requiring more companies to act remotely, and that isn’t changing, Tricoire said. The number of Internet of Things (IoT) devices is predicted to grow sixfold by 2030, he said. “Data is a core foundation of any process on efficiency,” he said.

Data centers can realize up to 15% energy savings through efficiency and up to 100% carbon reduction, Tricoire said.

Resorts World Las Vegas, where the event was held, is a Schneider customer and is a LEED building that said it has increased its energy savings 30% over baseline. Las Vegas itself is now powered by 100% renewable energy, Schneider noted.

The closing keynote featured Annette Clayton, CEO of Schneider Electric North America; Melanie Nakagawa, former special assistant to the President and National Security Council senior director for climate and energy, The White House; and Susan Uthayakumar, chief energy and sustainability officer at Prologis. They spoke on how companies can leverage current policy, such as the Inflation Reduction Act, to drive net-zero strategies and realize the path to a more sustainable future.

That bill, along with the Infrastructure Bill and the Creating Helpful Incentives to Produce Semiconductors (CHIPS) Act, are "a trio of laws that are a massive accelerant for navigating the energy transition,” Nakagawa said.

Schneider also announced several products at the conference in the sustainability arena:

Putting its money where its mouth is, the company also said it planned to invest $46 million to modernize two of its manufacturing plants, in Lexington, Kentucky, and Lincoln, Nebraska. Noting that the equipment in the factories was 20 years old or more, Schneider officials said the factories would be both more productive and more energy-efficient. This follows similar investments of $100 million in North American factories last year.