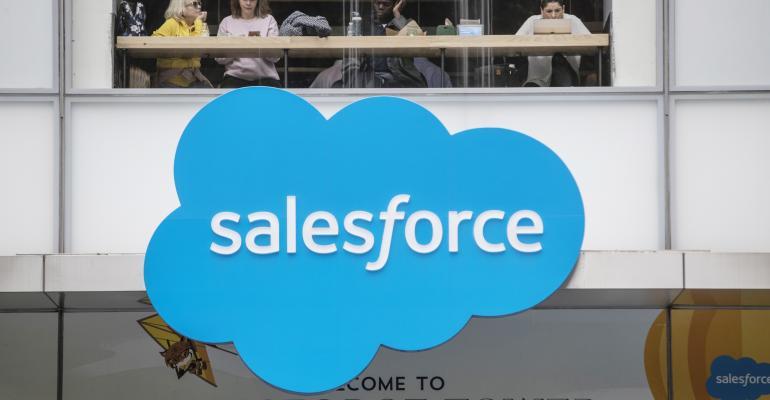 Salesforce to Buy Tableau for $15.3 Billion in Data Push

The takeover will mark Salesforce’s largest deal to date, according to data compiled by Bloomberg.

The takeover will mark Salesforce’s largest deal to date, according to data compiled by Bloomberg. Co-Chief Executive Officers Marc Benioff and Keith Block have been chasing new markets to reach an annual revenue goal of as much as $28 billion by fiscal 2023. Benioff has helped Salesforce increase revenue at a rapid clip by acquiring more than 60 companies in 20 years.

Tableau will remain headquartered in Seattle and will continue to be led by CEO Adam Selipsky, a former Amazon.com Inc. executive who has been transitioning Tableau’s software tools to cloud-based subscriptions. With Tableau, Salesforce will be able to help companies tap into data they have, make smarter decisions and boost innovation. IDC projects worldwide spending on technologies and services that enable digital transformation to reach almost $2 trillion in 2022, according to a statement from the companies Monday.

Tableau software quickly turns raw data into easily understandable dashboards and charts. The company has been broadening its product line to include data cleanup and machine learning tools, enabling it to compete in the wider data-warehousing business. It has more than 86,000 customers, including Verizon Communications Inc. and Netflix Inc.

The deal comes after Alphabet Inc.’s Google agreed to buy Looker Data Sciences Inc. for $2.6 billion last week, a move to expand Google’s offerings for managing data in the cloud.

Each share of Tableau Class A and Class B common stock will be exchanged for 1.103 shares of Salesforce common stock, the companies said. The deal price represents premium of 42% to Tableau’s closing price on Friday. Salesforce shares were down 4% at 9:56 a.m. in New York while Tableau gained 37%.

Salesforce shares are lower on the news because the deal likely stokes concern that the company can no longer sustain growth on its own and is having to buy it, said Wedbush’s Koenig. He rates the stock outperform.