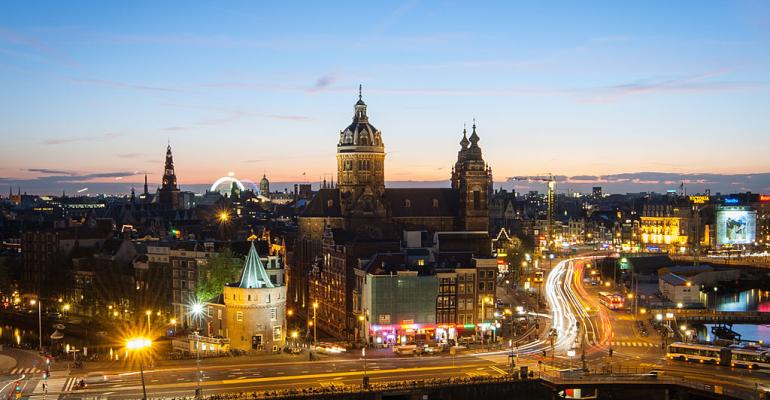 Too Much Information: Amsterdam Hits Pause on Data Center Boom

Citing strain on its property market and power networks, city government halts new data center construction until the end of the year.

Ellen Proper (Bloomberg) -- Amsterdam reckons it has more data centers than any other major city in the world, and that’s turned out to be too much of a good thing.

The Dutch capital, which lured tech companies with attractive taxes and relatively cheap electricity, is halting the setting up of any more data centers until the end of the year, saying the speed with which they’ve opened is putting an untenable strain on its property market and power networks.

“It is necessary to take a break and formulate policy first, so that we can get a better grip on the location of data centers,” said Mariëtte Sedee, Alderman for Spatial Development, Environment and Agricultural Affairs in Haarlemmermeer, a municipality southwest of Amsterdam.

The Amsterdam region, which encompasses a radius of about 50 kilometers (31 miles) around the capital, houses about 70% of the data centers in the Netherlands. The area in and around the city is home to about a third of all data centers in Europe, including those run by Interxion Holding NV and EdgeConnex Inc to E-Shelter UK LTD and NLDC BV. Many of them opened in just the last five years.

Tech companies have rushed to build such facilities because businesses and individuals increasingly store data online and want rapid access to it. The push for such centers has also coincided with demand spurred by a vast number of online transactions. The Netherlands is among Europe’s largest fintech hubs, with more than 430 companies active in the market, according to Holland Fintech.

The Dutch Data Center Association said it was dismayed by the city government’s decision to suspend data-center investments.

“Our excellent data center infrastructure is a magnet for (international) tech companies and brings a lot of employment with it,” the group said in a statement. “We are surprised that a rigorous decision like this is being taken right now and so suddenly.”

Big technology companies like Microsoft Corp. and Alphabet Inc.’s Google have built large data centers outside Amsterdam, in Middenmeer and Groningen, while laying a cable to the capital. Microsoft’s regional hub for cloud-computing services is in the Netherlands while Google unveiled plans at the end of June to invest 1 billion euros ($1.1 billion) to expand its data center infrastructure. A new facility will be built in Agriport, about 30 miles north of Amsterdam, while an existing site about 130 miles further north, in Eemshaven, will be expanded.

Amsterdam has gone out of its way to lure such companies. The Netherlands also offers a relatively cheap supply of sustainable electricity, according to its foreign investment agency.

The suspension of approvals for new data centers is aimed at taking stock of the situation, according to the city government. At present, municipalities have few means at their disposal to steer where data centers are located, or the requirements they must meet, it said. The aim is to ensure data centers occupy as little space as possible and that they fit well -- architecturally -- with the environment, the government concluded.

The demand on commercial property and the need for new housing, combined with policies for safeguarding space for other businesses and nature, is putting pressure on Amsterdam’s real estate market. Property prices in Amsterdam have steadily hit records as more companies and people have moved to the city -- many after the Brexit vote in the U.K.

While the Dutch Data Center Association asserted that its members are at the top of the list in terms of sustainable development “with data centers fully electrified and running for 80% on green energy,” the city says it may need more.

“We are going to set requirements in the area of ​​making available residual heat free of charge for the heating of homes and the use of green energy,” said Marieke van Doorninck, Alderman for Sustainability and Spatial Development in Amsterdam.