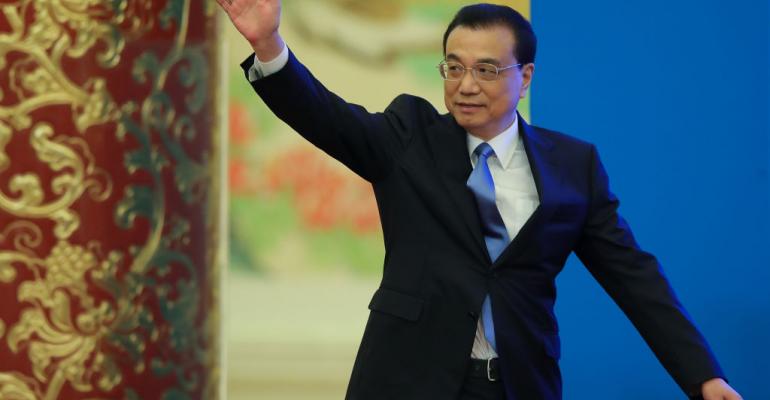 Negotiating a deal to end the trade war, Chinese officials appear more open than before to loosening cloud rules.

In 2017, Amazon sold all its equipment used to provide those services to its Chinese partner, saying it was necessary for AWS to remain compliant with the country’s tightening restrictions on foreign service providers. When it launched the second Chinese availability region, in Ningxia, AWS said right away that it would be operated by another Chinese company, Ningxia Western Cloud Data Technology.

Related: 'No Facebook Data Center in China' Is a Convenient Sacrifice

Earlier in the decade, prior to AWS entering Mainland China, its rivals Microsoft Azure and IBM Cloud each launched cloud services there, both operated and provided by the Chinese data center operator 21Vianet.

China is the only market where non-Chinese cloud companies cannot operate their own data centers and provide their own services. To do that, they need what is called a “value-added telecom permit,” according to Microsoft. The government only issues these permits to “locally registered companies with less than 50 percent foreign investment.”

But there are now signs that Chinese trade officials are softening their stance on these rules as they negotiate with their American counterparts a deal to end a bruising trade war. This Monday, Chinese Premier Li Keqiang told a group of US corporate executives, which included IBM CEO Ginni Rometty, about a proposal to let US companies own and operate data centers in a specially designated zone as a “liberalization pilot,” according to the Wall Street Journal (subscription required).

The license requirements, outlined in the PRC Telecom Regulation, have been one of the big points of contention in the US-China trade relations. They’re seen by the US as giving Chinese cloud providers like Alibaba and Tencent an unfair advantage in the world’s second largest market. Meanwhile, Chinese cloud providers have been allowed to operate freely in the US – albeit without much success.

The proposed free-trade zone would most likely be in the southern city of Guiyang, according to the Journal’s sources. The foreign cloud providers would have to offer adequate “privacy protection” to Chinese customers, Li was quoted as saying.

But some important specifics of the proposal are unclear, such as whether data on the providers’ networks would be allowed to travel outside of the free-trade zone. It’s also unclear whether the US will accept the proposal, which some see as an incremental adjustment being offered instead of real reform. Chinese officials reportedly say test-driving reforms in pilot zones before rolling them out nationwide has been a common practice in the country.

Another common complaint from foreign companies operating in China is the government’s apparent lack of concern about Chinese companies stealing their intellectual property. Li signaled this week that there may now be more willingness to change that as well, according to the Journal’s article.

Speaking to a different group Thursday, he said those infringing on intellectual property could face “unaffordable costs” under a new patent law now in progress.

The premier made the statements as the current round of negotiations to end the trade war is coming to an end, with US negotiators visiting Beijing this week, and their Chinese counterparts due in Washington, D.C., next week.