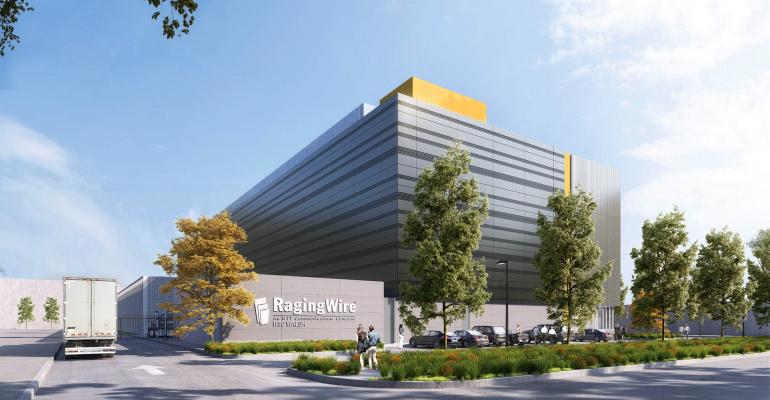 Taking design tips from its Japanese parent NTT Communications, RagingWire’s upcoming data center in Santa Clara, its first in Silicon Valley, will feature a seismic-stability system to reduce shocks to its future customers’ equipment in the earthquake-prone region.

The future building’s base isolation system will combine subterranean pendulum isolation – a seismic design technique that essentially inserts a series of bearings between a building’s base and the ground, enabling the ground to move underneath without moving the building – and viscous dampers, which are fluid-filled cylinders that absorb energy from an earthquake similar to the way vehicle shock absorbers do, converting dynamic energy from the movement to heat energy by transferring viscous fluid from one chamber inside the cylinder to another.

NTT uses the same system to protect its data centers in Tokyo, RagingWire said in a statement. The company pointed out in its announcement of the Santa Clara build that NTT’s Tokyo facilities were unharmed by the catastrophic 9.1-magnitude earthquake and tsunami that devastated eastern Japan in 2011.

The quake’s epicenter was 231 miles away from Tokyo, and its impact there was mild compared to cites north of the capital, with seismic stations in the Tokyo prefecture recording a range of magnitudes from 1 to 5-plus. Very little damage was reported in Tokyo due to the earthquake.

Tremors are a common occurrence in Santa Clara and elsewhere in the San Francisco Bay Area, whose eastern part sits along the Hayward Fault, part of the San Andreas Fault system, “the boundary between the North American and the Pacific tectonic plates.”

Despite all the seismic activity, as Silicon Valley grew into the epicenter of technological progress, it also became one of the world’s largest data center markets, and demand for data center space there periodically outpaces supply.

Especially tight is supply of large-scale data centers available for lease. These are the types of data centers RagingWire specializes in, having built enormous campuses in Sacramento, California; Garland, Texas; and Ashburn, Virginia.

According to the announcement, the facility is aimed at hyperscale cloud providers and large enterprises. The company, which expects to bring SV1 online around July 2020, is offering them the option to customize their “data vaults” within the building.