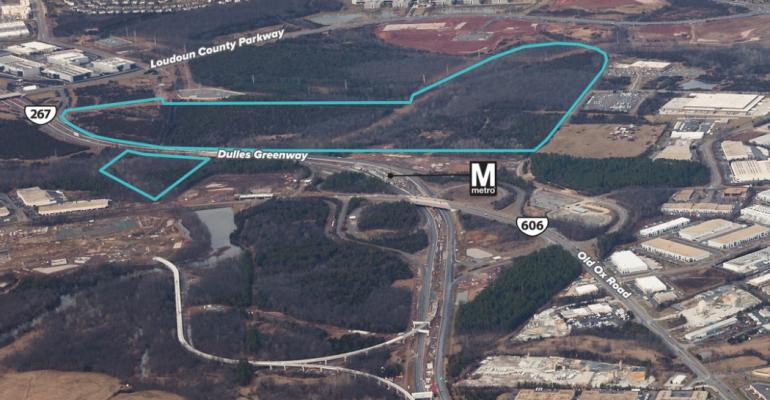 JLL
The 281-acre site in Loudoun County, Virginia, in the process of being acquired by QTS.
Companies>QTS

The larger site, located where the Dulles Greenway meets Old Ox Road, is being marketed as Washington Dulles Gateway. The smaller site is at Prentice Drive and Broderick Drive, according to the source.

News of the expansion comes after another data center provider, Vantage Data Centers, announced last week a plan to build a $1 billion data center campus in the area, which has seen rapid growth of its data center sector, spurred by the need to expand capacity by large cloud service providers, such as Microsoft, Alphabet’s Google, and Amazon Web Services.

QTS already has data centers in the market: in Ashburn and Dulles. It also has a massive facility in Richmond, Virginia, about 130 miles south.

More data center capacity has been built and leased in recent years in Northern Virginia than anywhere else. In the first half of 2017 alone, companies absorbed 41.5MW of supply made available by data center providers, who “barely keep ahead of demand with the new deliveries that are consistently either substantially or fully pre-leased,” said authors of a recent market report by the real estate brokerage CBRE.

Iron Mountain recently launched the first phase of its data center in the market, while other providers, such as CloudHQ and Digital Realty Trust, have tens of megawatts of new capacity under construction.