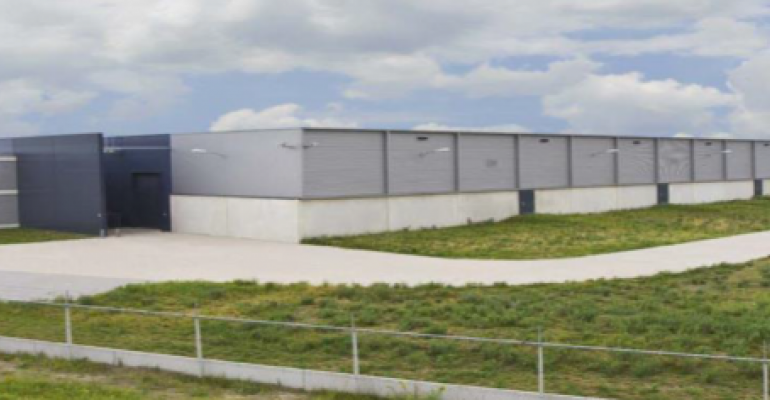 The US giant’s acquisition of two Netherlands sites may be the biggest bargain it’s scored to date.

QTS Realty has a long track record of opportunistically buying infrastructure-rich facilities at a discount and converting them to state-of-the-art data center campuses. CEO Chad Williams has said on multiple earnings calls that "there is no substitute for a low cost basis." Heretofore, they have all been in the US, including facilities and campuses located in Atlanta, Dallas-Fort Worth, Chicago, New Jersey, and Richmond, Virginia.

Tuesday, along with reporting its first-quarter earnings, QTS revealed it had closed on two data center facilities in the Netherlands at $2 million per 1MW. At this price, these facilities might turn out to be the biggest bargain the company has scored to date. 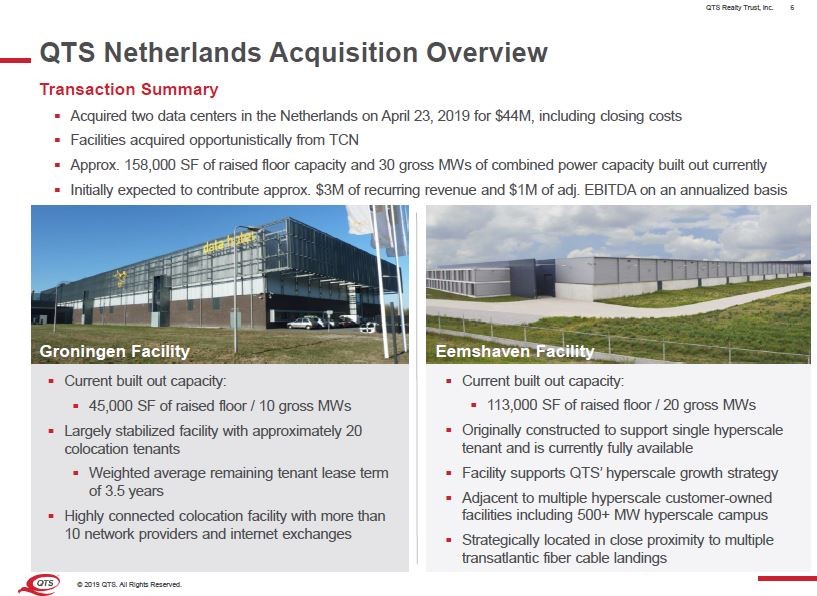 QTS's all-in cost for the colocation facility in Groningen and the hyperscale data center facility in Eemshaven was just $44 million, including closing costs, with another $15 million budgeted for facility upgrades and refurbishment. This equates to about $2 million per 1MW – in a world where the normal range is $6.5 million to $10 million per 1MW. It bought the buildings from TCN SIG Telehousing B.V. in a bankruptcy proceeding, which is how it got such a good deal.

QTS's low cost basis combined with the contracted rent from the Groningen facility permits the Netherlands acquisition to be cashflow-neutral from day one. On the earnings call, Williams said rents in these two markets are similar to US pricing. Therefore, increased utilization of space and power in the Groningen data center, and eventual lease-up of the existing 113,000 square feet of raised floor in Eemshaven, should be highly accretive to future earnings.

In theory, the Netherlands investment could become a platform for future expansion in Europe. Its European presence to date has consisted of the London and Amsterdam locations that came with its acquisition of Carpathia Hosting in 2015. However, Williams clarified on this week’s earnings call that there are no current plans for additional pins in the map. The ability to buy state-of-the-art data centers at such an attractive price was the catalyst for this one-off transaction, which pencils out even with the 20MW Eemshaven facility totally vacant.

QTS will be depending on local partners to support existing customers until its European operations grow large enough to support an overseas office. QTS has entered into a partnership agreement with Zentrys group, a Netherlands-based data center operations company that has maintained day-to-day operations at both sites for the past five-plus years. Zentrys will continue to provide on-site data center operations and maintenance for these facilities under QTS ownership. Eurofiber will supply local sales and marketing support in addition to providing connectivity between the data center sites, networks, and subsea cable landings in Eemshaven.

In addition to fully utilized space, QTS's bargain hunting strategy has given rise to about one million square feet of powered shell space available for lease across the US. It is faster and less expensive to build out data center space in an existing shell. Clearly, having 20MW of capacity in place will give QTS a speed-to-market advantage in Eemshaven – an important factor when it comes to hyperscale leasing.