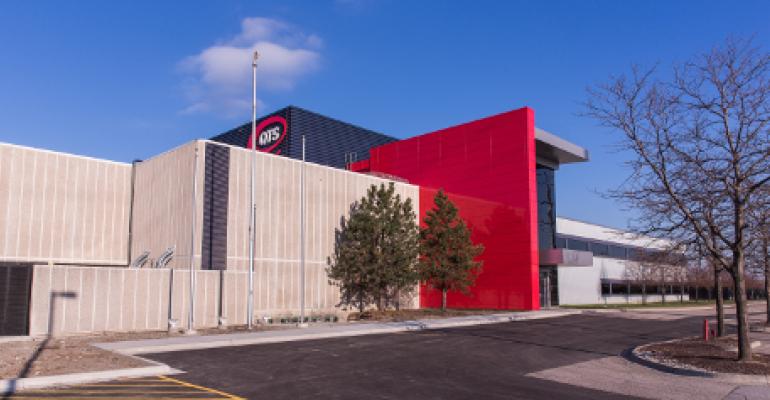 DCK Investor Edge: The data center giant is restructuring to focus on hyper-scale and hybrid colo for enterprises.

Investors and Wall Street analysts hate big surprises and especially loathe being blindsided by unanticipated reductions in guidance from company management. It appears QTS did a bit of both this week and paid a steep price -- at least in the short run.

QTS reported Q4 2017 earnings after the bell Tuesday. However, it was the 2018 guidance that caused its shares to drop over 25 percent intraday and closing at $34.00 – down 22.7 percent for the session on Wednesday. The stock was in that neighborhood as of noon Eastern on Thursday.

In addition to reporting 2017 results, QTS filed an 8-K with the SEC outlining new go-to-market strategy and changes in the executive suite. Most of its signature in-house cloud and managed services offerings (which the company calls “C3”) are being eliminated. While some of the management changes tracked with the new strategy, other departures appeared to be somewhat abrupt.

The restructuring will allow QTS to focus on hyper-scale and hybrid colocation going forward, management said, expecting it to result in accelerated leasing and higher margins. Hyper-scale leasing efforts will be led by long-time executive VP of sales Tag Greason. CTO Jon Greaves, who came over with the Carpathia acquisition in 2015, will take on the additional responsibility of leading the hybrid colocation sales initiative targeting enterprise customers.

QTS will be “transitioning” its private cloud and scaling back its managed services offerings. QTS plans to transition customers currently generating between $65 million and $75 million of C3 revenue from cloud and related colocation space and power over to a single IT services partner. At the time of this writing, QTS had not announced this partner publicly. However, the stated goal is for this transition to be seamless for QTS's existing cloud and managed services customers and completed by year-end 2018.

QTS management said on the earnings call that they don't expect to see much cash, if any, from transitioning existing C3 customers over to a single partner, as the margin profile is 10 percent or less. Many QTS customers plan to utilize public cloud providers for services currently offered under the C3 banner, dimming the prospects for growing this business profitably.

The QTS restructuring also involves two top executives in the C-Suite. Chief revenue officer Dan Bennewitz will be retiring from his role as COO sales and marketing later this year, and QTS will be looking to fill this position.

Longtime QTS executive Jim Reinhardt is stepping down immediately from his COO operations position. Dave Robey is assuming the COO duties in addition to his roles in facilities management and hyper-scale product development.

Neither of these departures were discussed during the QTS Investor Day presentation in November.

In an interview with Data Center Knowledge, Greason explained the complexity created by offering over 100 cloud and managed services SKUs in addition to space and power. The sheer number of possible customized combinations made the sales cycle longer for both existing and new customers. Conversely, by offering a few popular in-house services and products utilized by both wholesale and retail colo customers, QTS will streamline the sales process and gain more visibility into the timing of lease signings, Greason said.

Additionally, the QTS Software-Defined Data Center portal (SDC) will enable customers to self-provision cloud and IT services from QTS channel partners. This could become a virtuous cycle as more system integrators and managed cloud providers would have an incentive to locate in QTS data centers to serve their customers.

On the earnings call, QTS confirmed they had no plans to write down any of the goodwill from the Carpathia acquisition, (even though many of the 85 SKUs being eliminated were originally Carpathia service and product offerings). However, this plan does allow QTS to trim operating expenses associated with leases, headcount, software licenses, communications, and hardware. CFO Jeff Berson told analysts on the earnings call that aligning the cost structure with core business offerings will increase EBITDA margins by 600 bps, to 53 percent, with an immediate positive impact to the bottom line in 2018.

In retrospect, the slide below from the QTS Investor Day in November takes on much more significance. The slide clearly shows that the majority of value creation from development of QTS's mega campuses is derived from C1 wholesale and C2 colocation, with relatively little contribution from cloud and managed services. Notably, under the updated Core forecast, revenue is expected to accelerate, combined with higher EBITDA margins to grow operating FFO to $3.50 per share by 2020. This level of FFO per share is essentially in line with the November Investor Day view. However, this updated approach will require a transition period of lower earnings.

QTS has continued to evolve its business model with several major announcements over the past few quarters, including: HyperBlock, addition of SDN networking with Megaport and PacketFabric, and the CloudRamp initiative with Amazon Web Services. QTS recently added greenfield development, prior to hosting the November Investor Day. Now the company is subtracting cloud and managed services -- just a few months afterwards.

It is a lot to digest. Immediately after the revised guidance, Wall Street analysts including Raymond James’ Frank Louthan and Credit Suisse’s Sami Badri downgraded QTS to “Underperform” (Sell). I expect more analysts will lower price objectives as models are adjusted to take into account 2018 guidance. It was certainly a rough day for current shareholders.

However, upon closer inspection these changes are more evolutionary than revolutionary. The ability for QTS to grow margins from cost savings and invest in faster growing lines of business should bode well for investors -- if management can execute on this new strategy. But management has plenty of wood to chop prior to regaining "Street cred."

Long-term investors willing to buy QTS shares at these low multiples can hold them for a few years to collect dividends – just raised by 5 percent – each quarter and wait for growth in FFO per share to boost the share price. The bulls and bears will be debating the merits of QTS over the next few quarters, and both camps will be watching developments closely.