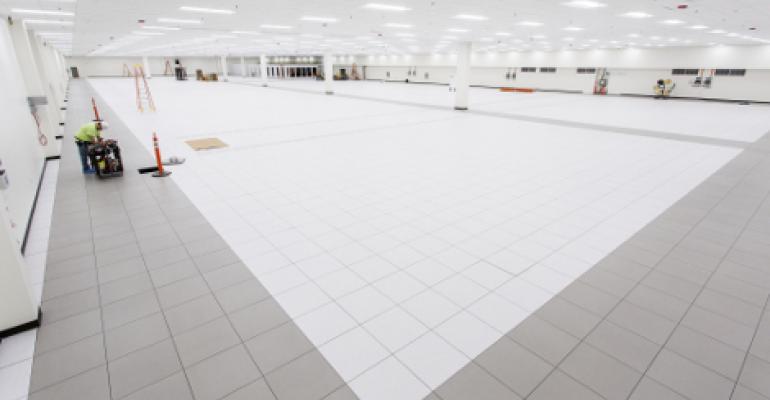 Inside a QTS data center in Chicago (Photo: QTS)
Companies>QTS

Kicks off construction in Northern Virginia, plans pre-construction work in Phoenix and Hillsboro

QTS Realty Trust has acquired large land parcels for data center construction in Northern Virginia and Phoenix, where it already has substantial footprint, as well as Hillsboro, Oregon, a new market for the company.

The news comes amid a stream of announcements of massive land purchases, new construction projects, and data center acquisitions by the largest data center providers in top US markets, who as a sector have been in a period of unprecedented growth, driven primarily by hunger for data center capacity by hyper-scale cloud giants, such as Amazon Web Services, Microsoft Azure, and Alphabet’s Google Cloud Platform. And nowhere has this growth been felt more than in Northern Virginia.

The amount of land QTS recently bought in Ashburn, Virginia, is smaller than reported earlier this month by the Washington Business Journal (a report we covered), which said the company had acquired a 281-acre property in Loudoun County. According to QTS, it acquired two parcels in Ashburn: a 28-acre property for $36 million and a 24-acre one for $17 million.

As we reported, construction has already commenced on the 24-acre parcel, with the company expecting to deliver phase 1 of the multi-tenant facility by the middle of 2018. More than half of the 4MW phase has already been pre-leased by a global health insurance provider on a wholesale basis, and the provider is in discussions with numerous other prospects, expecting to sign pre-lease commitments for the rest of the capacity before it completes construction.

Market reports by real estate brokers CBRE and JLL say more than 40MW of data center capacity was leased in the Northern Virginia market in the first half of 2017. Data center providers saw more inventory absorbed in the region than anywhere else. Dallas-Fort Worth was second, with about 25MW absorbed.

The land QTS acquired is adjacent to QTS’s existing data center campus in Dulles, Virginia. Combined, the two parcels can support 700,000 square feet of data center space and 140MW of capacity, according to the company.

For now, QTS is not planning to build on the land it recently acquired in Phoenix and Hillsboro. It plans to do some “pre-development work” but hold off on development until it sees interest from existing or new potential customers.

It bought 84 acres in Phoenix for $25 million and 92 acres in Hillsboro for $26 million. The big difference in land prices between these two markets and Northern Virginia highlights the high demand for land in and around Ashburn – an area where available land for large-scale data center construction is becoming increasingly scarce.

Other projects and deals announced by companies in the sector this week include Digital Realty Trust’s acquisition of a data center in the Chicago market from Carter Validus Mission Critical REIT and announcement of a massive new campus CyrusOne plans to build in the Dallas market. Carter Validus also announced this week that it has sold a 14-property US data center portfolio to Singapore-based Mapletree Investments and Mapletree Industrial Trust. Finally, vXchnge announced acquisition of a smaller data center in Austin it has been leasing from Digital Realty.

Digital also announced formation of a joint venture with Mitsubishi in Japan, which will provide data center services in multiple markets in the country.