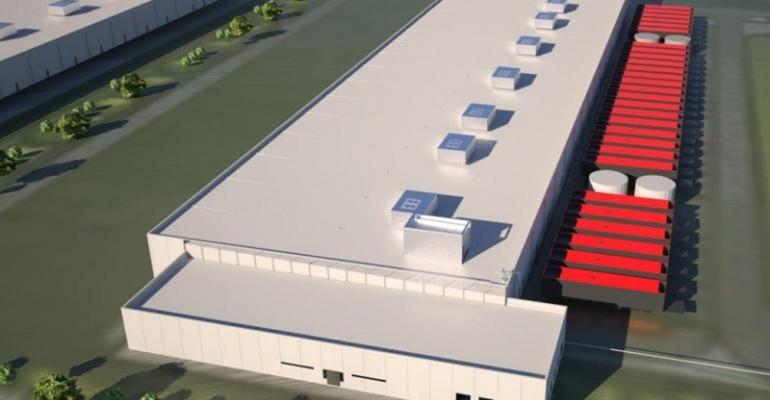 Alinda Latest Infrastructure Investor to Get into Data Center Business

Its assets include Heathrow Airport and an oil pipeline in Louisiana. Now it also owns half of a QTS data center in Virginia.

If you look at the current and past investments Alinda Capital Partners lists on its website, you’ll find Heathrow Airport and the Heathrow Express rail service; a shipping container terminal called Virginia International Gateway; the Maurepas Pipeline, which transports oil in southern Louisiana for Shell; and a host of other traditional infrastructure assets.

What you won’t find are data centers, but that’s only a matter of updating the site. Alinda recently got into a joint venture with QTS Realty Trust, one of the largest data center providers in the US, buying half of a massive data center QTS is building in Manassas, Virginia, leased to a single tenant – a hyperscale cloud platform operator whom QTS did not name in the announcement of the deal Monday. (North American Data Centers, a specialist real estate consultancy, said in a recent report that QTS’s new client in Manassas is Salesforce.)

Alinda is adding to a growing number of traditional infrastructure investors who are getting into the data center business after realizing that as an asset class these facilities have all the characteristics of the infrastructure assets they’re familiar with. Data center providers (especially developers like QTS, which specializes in catering to hyperscale clients) build large, capital-intensive buildings, sign long-term contracts with investment-grade tenants, and have long-term return expectations. These are all things investors in airports and toll roads are comfortable with.

Alinda is paying $53 million for its half of the joint venture with QTS, but this is only the beginning. The investor appears ready to put as much as $500 million in various hyperscale data center projects with the developer over the next five years. And based on another Metcalfe quote in the announcement, there’s appetite for more investment on top of that $500 million if all goes well.

By selling half of its stake in the Manassas site, QTS gets to shrink the amount of capital it has sunk in the project. Hyperscale data centers are expensive to build. They’re large to make sure there’s enough room for a tenant to expand in the future, but the tenants don’t want to pay rent on capacity they don’t use. Not committing to a large facility right away may mean losing a deal for the developer, so they often end up spending a lot of capital upfront with the expectation of getting full return on the investment over time. This dynamic caused problems for QTS competitor CyrusOne’s stock just last week, showing once again that Wall Street investors aren’t as patient about returns as infrastructure funds are. Splitting the cost – and risk – with a joint venture partner should alleviate some of that pressure on QTS.