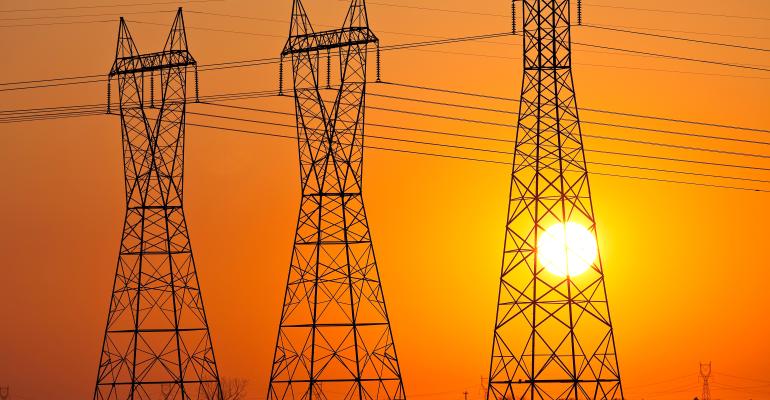 White House Earmarks $13B for Power Grid Hardening and Upgrades

The funds will source investments to harden the national power grid against natural disasters, while spurring innovation in renewable energy and electric-powered buildings and autos.

The Biden-Harris Administration today announced a $13 billion initiative to modernize and increase the reliability of the U.S. power grid. For data center operators looking to build out on-premises infrastructure or access scarce colo space in some of the nation’s most in-demand regions, this may come as welcome news.

Power suppliers such as Dominion Energy, which supplies power to the area in the world with the highest density of data centers, have put limits on the amount of energy they provide to data centers. In some cases, they’ve stated they couldn’t guarantee power for upcoming data center developments.

Power outages continue to gnarl power grids in the U.S., with states such as Texas, Michigan, and California leading the pack, according to research by Climate Central. Outages have increased by 64% over the previous decade, and the primary causes are weather- and climate-related, say Climate Central researchers.

Today’s investments are designed to spur innovation in power distribution while hardening the grid against natural disasters such as this year’s Hurricane Ian, a category 4 hurricane which knocked some data center offline in the state of Florida.

“Many of these investments are geared toward making the power grid more resilient to climate change – which will be key factor going forward in national security,” Abhijit Sunil, senior analyst at Forrester Research, Inc. told Data Center Knowledge. “A stronger more resilient grid will also be key to climate adaptation in the coming years.” 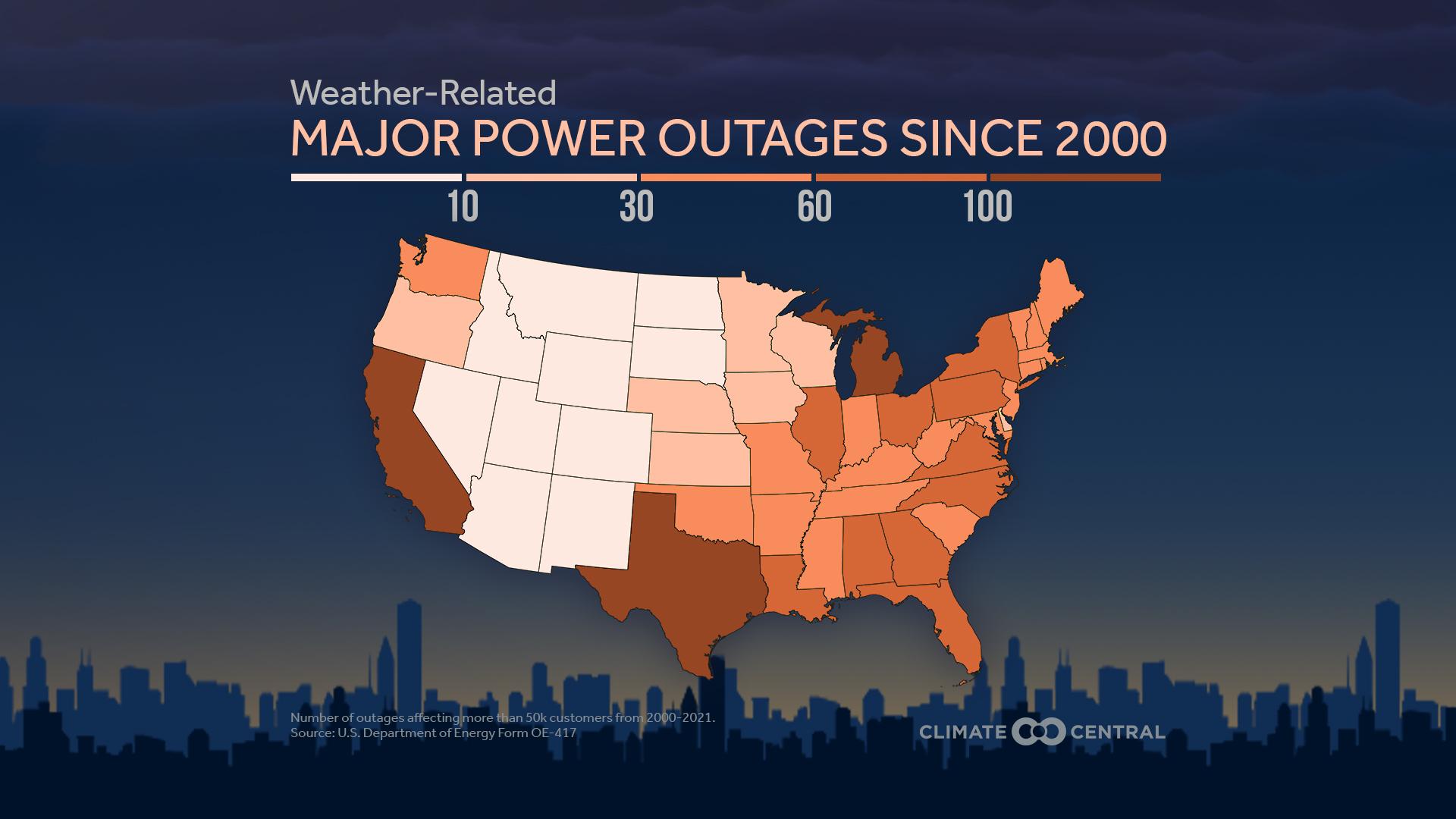 While data center operators may, at times, feel immune to weather-related grid issues, traditional UPS can only do so much.

“Introducing a smart electric grid would enable new data center technologies like grid-interactive UPS to flourish,” Vladimir Galabov, research director, Omdia, told Data Center Knowledge. “This would fundamentally change the relationship between the data center and the electric grid where the former becomes an enabler, stabiliser and all-round trusted partner of utility companies, rather than a simple consumer of electricity.”

Details of the Biden-Harris Energy Initiatives 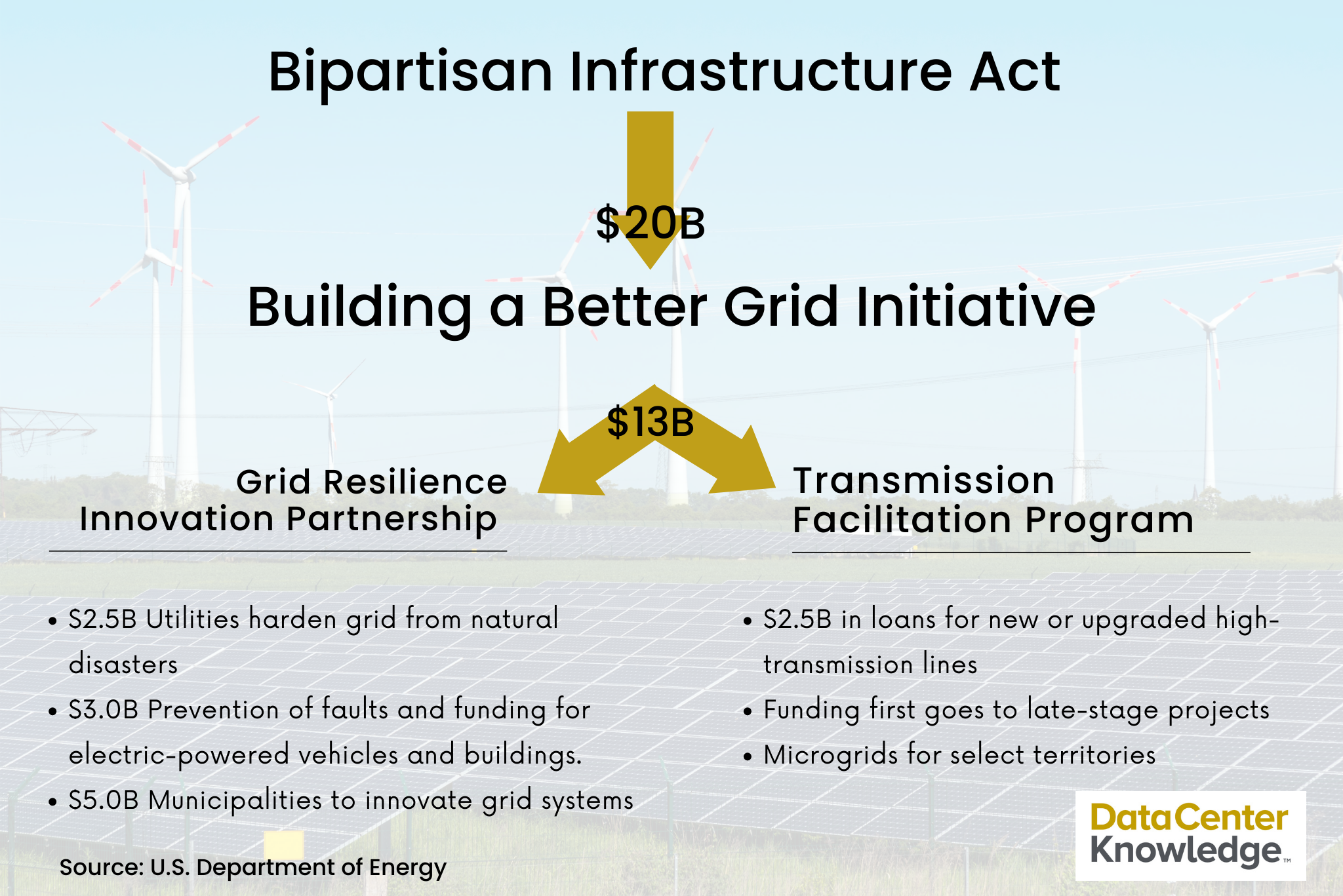 While the GRIP program focuses on core infrastructure projects that benefit the entire grid through states, tribes, nonprofits, and local governments, the Transmission Facilitation Program may hold the most promise for data center operators.

Here’s why: Large-scale projects often become mired in bureaucracy and differing zoning requirements since equipment and materials traverse many jurisdictions. The funds from the Transmission Facilitation Program are earmarked to wade through zoning and other requirements that differ across geographic areas.

“Adding renewable energy to the power mix is great, but often requires carrying power to locations further away,” Tim Crawford, CIO strategic advisor for AVOA said to Data Center Knowledge. “Demand increases due to population increase and the shift away from natural gas to electricity will further put strains on the grid. Add to that the incentives to move to electric vehicles and the grid reaches a breaking point without further investment and modernization.”

What’s more, the funding supports the establishment of microgrids in some regions. The Department of Energy has yet to respond as to which regions will be eligible for microgrid funding under the Transmission Facilitation Program.

If successful, this portion of the funding project could provide use cases for data centers looking to remove themselves from the grid altogether and run self-powered. Representatives at the Department of Energy have yet to respond to a request for more details about the location of microgrid regions.