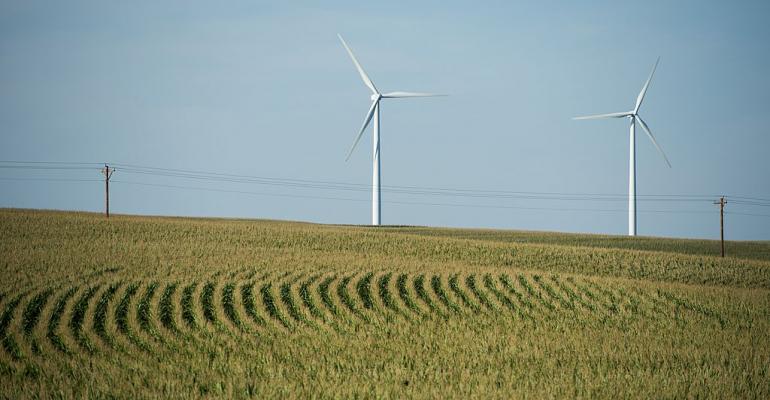 Data center professionals in Europe, North America, and Australia are getting ready to deploy the new generation of uninterruptible power supply (UPS) that can interact with the electrical grid, according to an industry survey by analyst form Omdia.

Smart grid-ready UPS systems incorporate technologies that enable data centers to use their giant batteries to help support the electrical grid, get paid while doing this, and ultimately help encourage the uptake of renewable energy.

Omdia surveyed 380 professionals representing data center operators, engineering, architecture and consulting firms, as well as utility companies, across the tree regions and found that the overwhelming majority (90%) expected this technology to become mainstream within the next four years.

“Manufacturers like Eaton, Schneider Electric, and Vertiv are already offering UPSs with these capabilities.”

Renewable energy generation is often subject to the whims of nature: wind turbines won’t spin if there’s no wind, and solar panels aren’t very useful at night. Integrating more renewable energy sources into existing power grids requires mechanisms for storing energy in the periods of peak production, and releasing it in the periods of peak demand.

Large batteries have long been suggested as a solution to this problem, but such batteries aren’t very common, or cheap to build. Why not enlist the help of facilities that feature incredibly large batteries as an essential part of their design? This idea is gradually gaining more support, especially in Europe.

In 2019, power distribution specialist Eaton kicked off a pilot project in Ireland called Energy Aware that used data center batteries to support the grid – with participants being paid as much as €50,000 per year for every MW of UPS capacity they contribute.

In 2020, a coalition of data center operators lobbied the EU to simplify the process of selling energy back to the grid, and help make it financially viable.

Around the same time, Microsoft announced it was working with Eaton on a technology demonstration, looking at the viability of the smart grid-ready UPS tech.

“Our UPS batteries, our backup assets, are very rarely utilized,” Brandon Middaugh, senior project manager for distributed energy at Microsoft, said in a video interview. “Microsoft wants to put our assets to work around the clock.”

Respondents to Omdia’s survey indicated that contributing to sustainability initiatives was the top driver for adopting smart grid-ready UPS. This was followed by the desire to be seen as a technology innovation pioneer, and reputation and competitive advantage benefits.

Importantly, more than three quarters of respondents indicated they were confident that using smart grid ready UPS would not put their mission-critical workloads at risk. 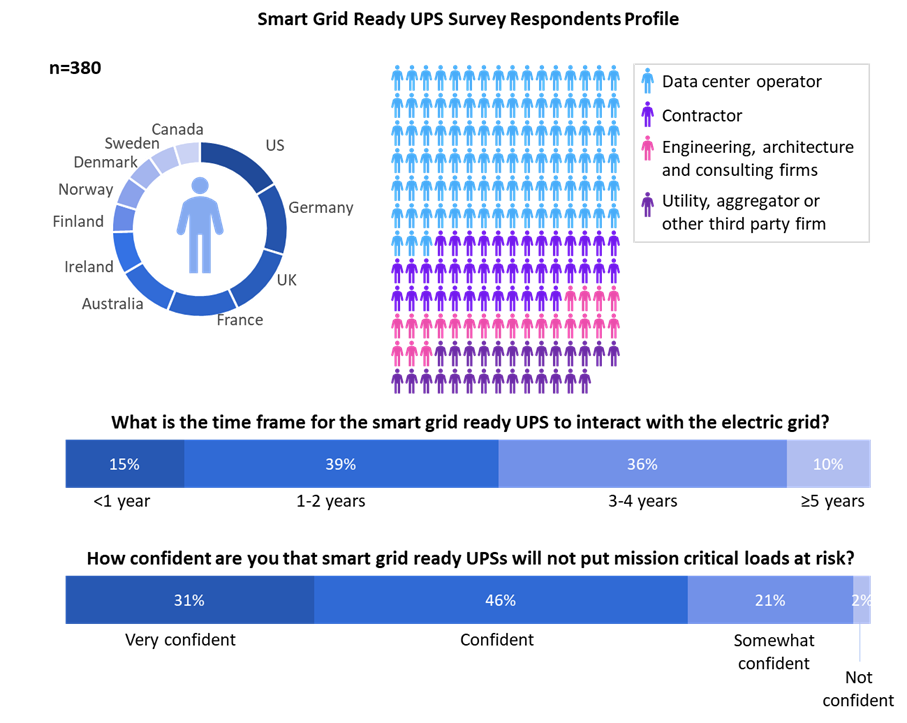 “The data center industry is the backbone of the digital economy and has enabled significant efficiencies in how we conduct business, communicate with one another, and develop innovative technologies,” said Vlad Galabov, research director at Omdia’s cloud and data center research practice.